Giovanni Tinetti was born on 14 Jul 1825 in San Giovanni Canavese, the son of Giuseppe Tinetti and Maria Magdalena Pastore. He married Domenica Catterina Zanotti-Cussio on 27 May 1846 in Cuceglio, a nearby town.  Their first two children, Giuseppe and Antonio, were born in San Giovanni but by 1852 the family had moved to Torre Canavese. Here their daughters, Maria Teresa, Maria Teresa Emilia and Virginia , were born.  Also, there were two stillborn children, one before and one after Virginia. Perhaps affected by this, Domenica died on 3 Apr 1863. This left Giovanni a widower with 5 children, ages 4-17. To help out, Domenica's younger sister, Maria Catterina, came to help look after the children. the family story is that he became concerned that it would not look right for her to be living there with him. So he offered to marry her in name only for the sake of propriety. She replied, (my paraphrase) "No, Giovanni, I won't accept, I WILL marry you but only if I can be your wife in full". This made him very happy and they were married.

That's the story. I have to say, though, that I could only find a marriage record dated 14 Aug 1878.  This is after all their children were born. This was in Torre Canavese.  I found none in Cuceglio.  It's possible they were married in another town.  It's possible the marriage wasn't recorded and the later marriage was to get a proper record of it. It's also possible they didn't get around to it for 15 years! Don't know!

They were contadini, i.e. peasants.  They farmed and grew herbs behind their house which they sold. The house still exists, my sister and I visited it recently.  It is in Vallia, a "frazione" (small community attached to a larger one) of Torre Canavese. The map of Vallia is one line, one road going up and over a hill. It is a pretty good sized house. The view behind the house is quite lovely of the valley and mountains. There is a cherry tree still growing which apparently was there then.  There is a little lake next to the house. It looked like a good place to raise children. Giovanni and Catterina had several children: a son, Giuseppe Secondo, who died in infancy, and five daughters. These were the twins, Maria Teresa Domenica ("Minnie") and Maria Teresa Rosa. They were followed by Maria Teresa Allbina, Angelina Margarita and Adele Secondina Maria Teresa.

Giovanni's son, Antonio, got into some sort of financial trouble and Giovanni had to bail him out. Because of this he had to sell the house and they were poorer so three of the daughters had to go to America (this is according to my cousin, Marco Coltro, who is descended from the daughter who stayed, Albina). In America, Minnie married Pietro Peretti and they raised a large family in Illinois. Rosa married Louis (Luigi) Bonino and they raised a large family in Oklahoma. Angelina married Frank Stefani and they raised a smaller family in Issaquah, Washington. Virginia died in Torre Canavese at the age of 23. Maria Teresa, daughter of Giovanni and Domenica, died at age 28 having married twice but with no children. Maria Teresa Emilia married Domenico Faletti and they had four children. Albina married Carlo Bonatto and they had four children as well. It is descendants of these last two who are our cousins in Torre Canavese and Torino today.

Giovanni died on 11 Oct 1904, I assume in Torre Canavese but I don't know. We have a picture on a card with data on the back. His daughters remembered him fondly and kept 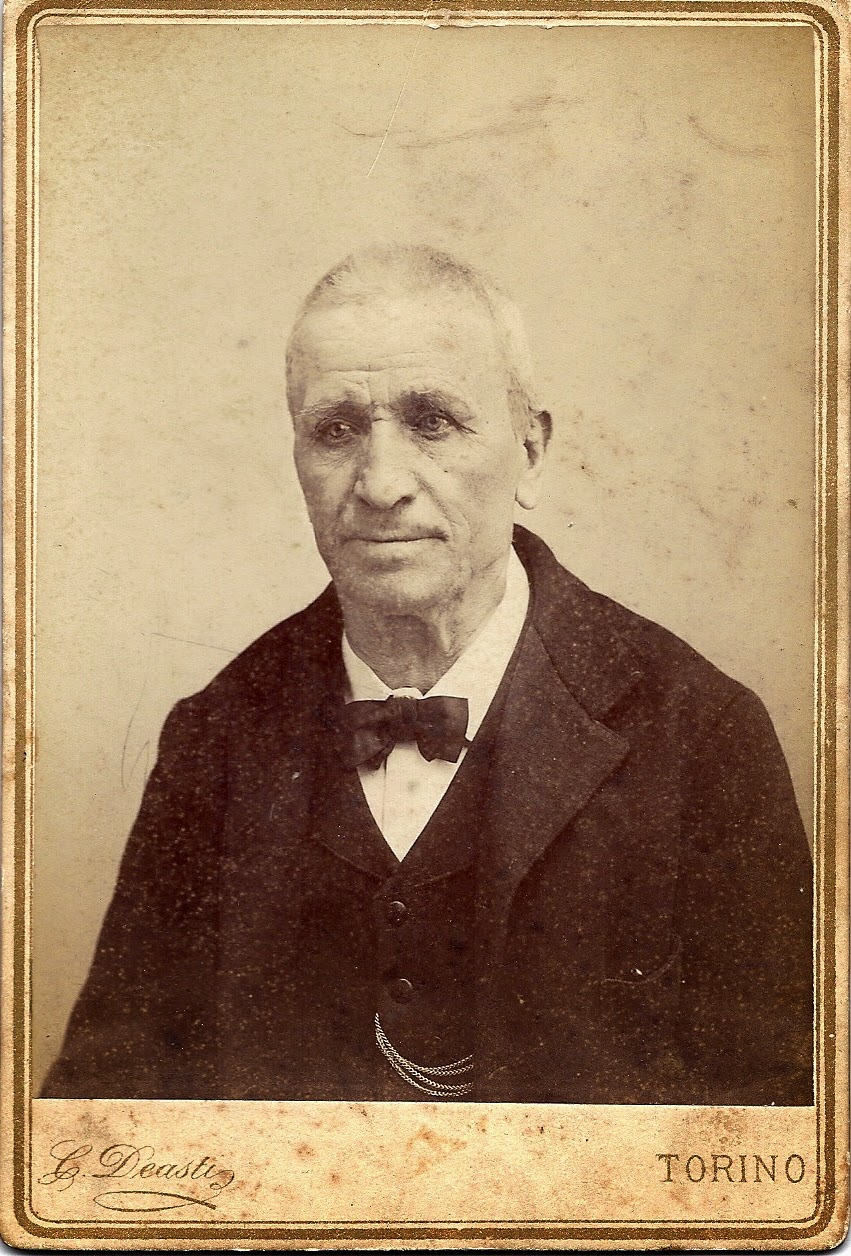 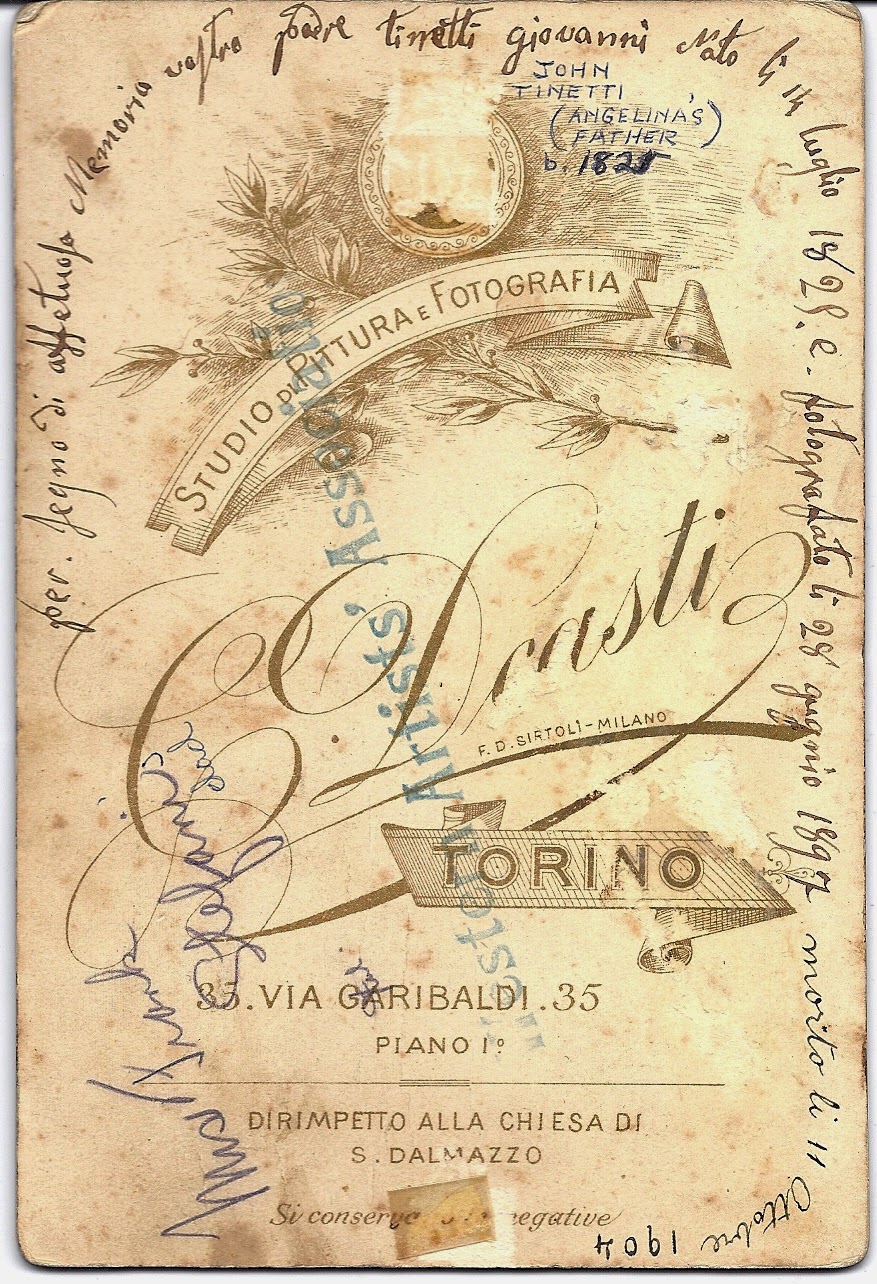 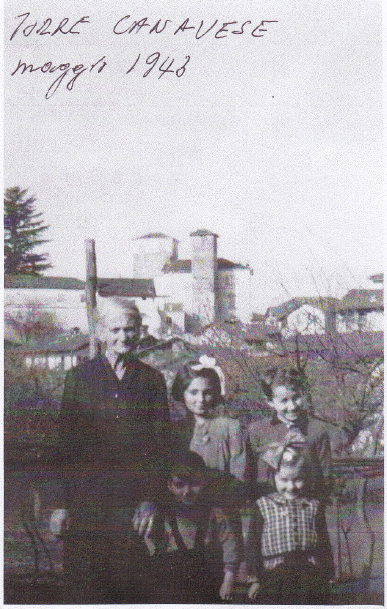 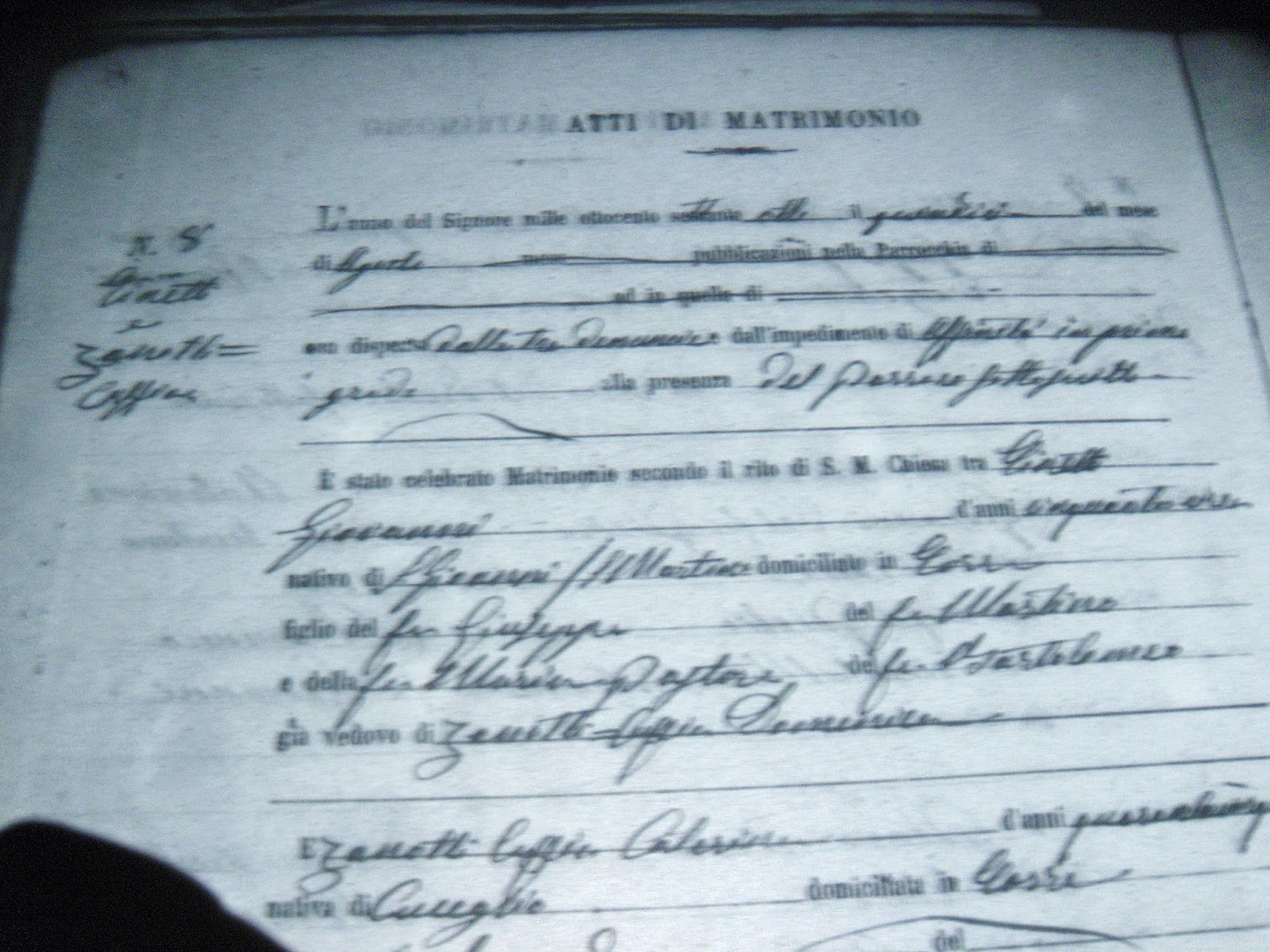 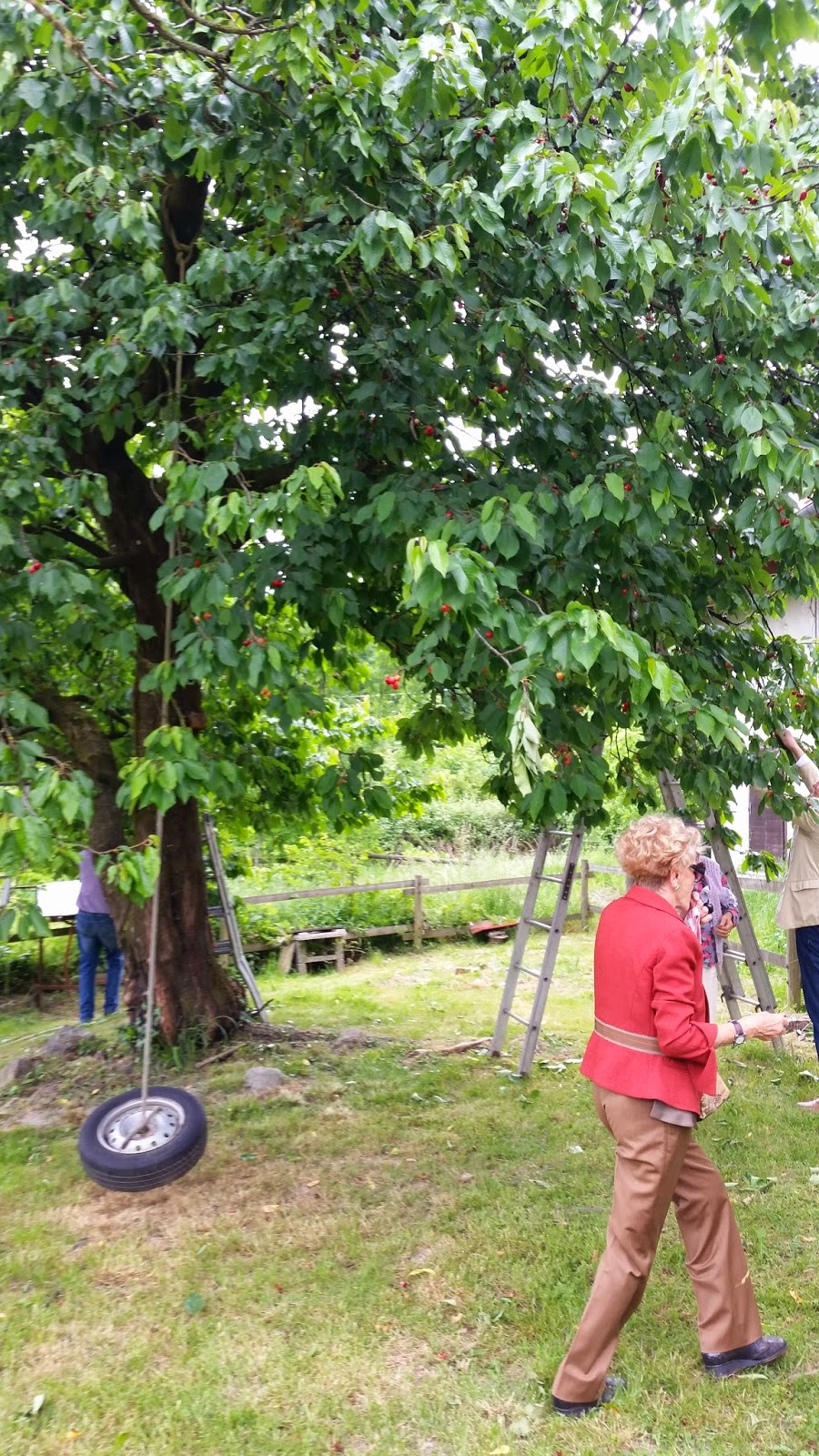 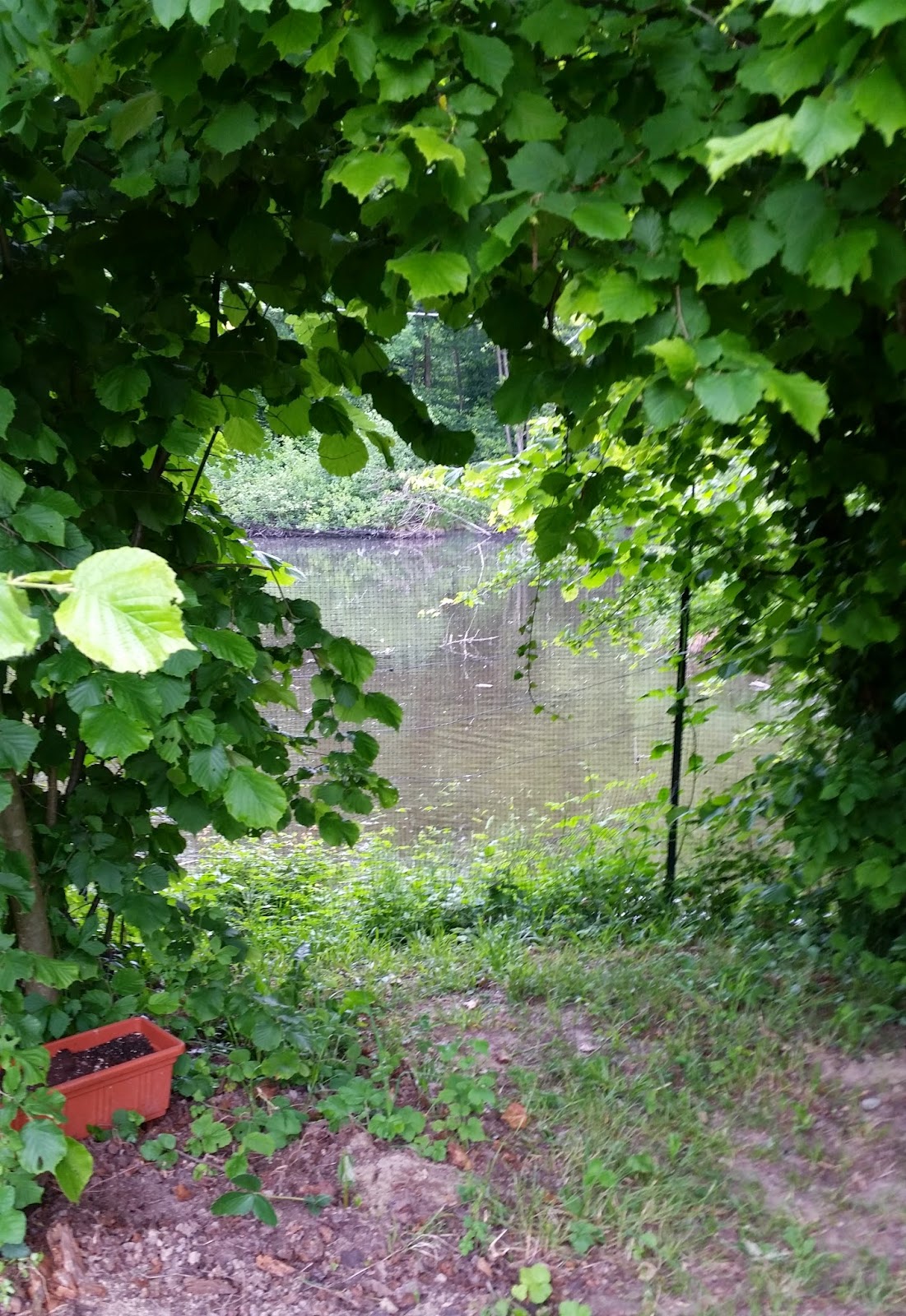 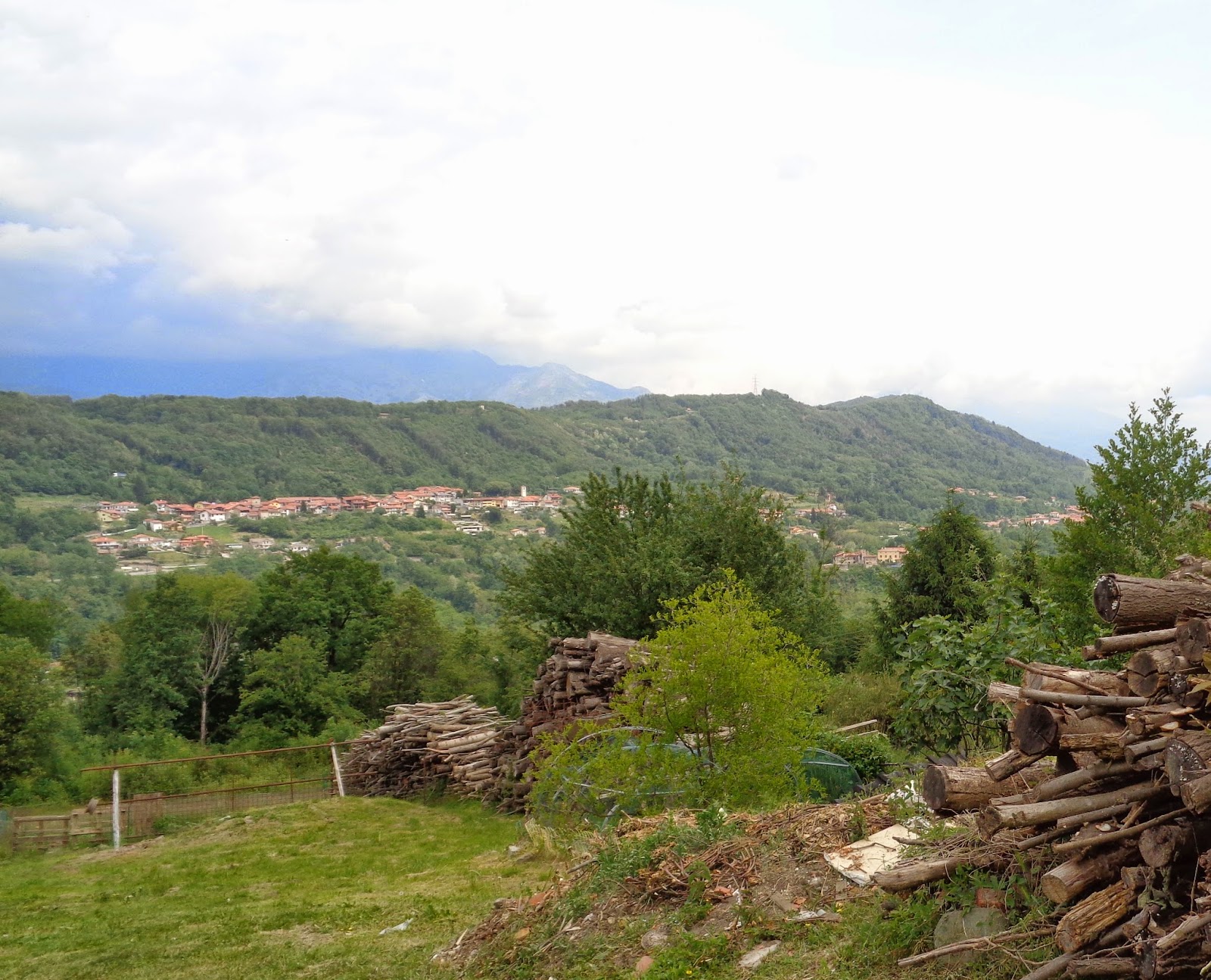 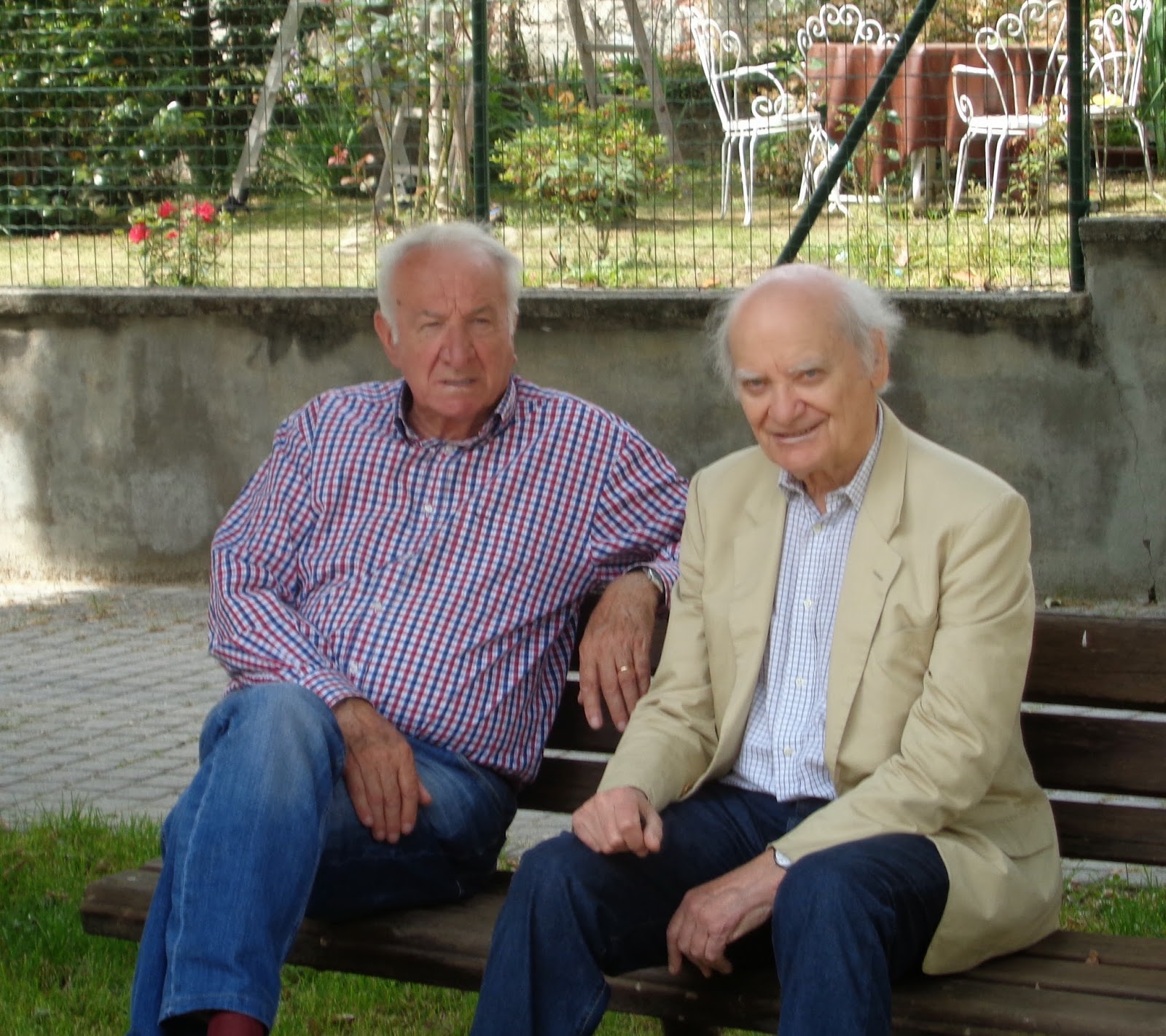 in touch with each other both in America and in Italy. This was passed down the generations and many of the descendants of Minnie, Rosa and Angelina have gone back to Italy and visited the old home and area. I think this is a tribute to Giovanni!
Posted by Wendy Negley at 9:06 PM No comments:

Adelaide Stefani was my Great Grandfather's older sister.  She was born Adelaide Maria Anna Stefani on 29 Aug 1853 in Sporminore, Tyrol, Austria. Her parents were Giovanni Luigi Stefani and Elisabetta Maria Cattarina Wegher (generally known as Maria). She was the third child but her older sister had already pre-deceased her. By the time her youngest brother, Francesco, was born ten years later, her oldest brother and two younger sisters had all died. The one other brother between them in age died three years after Francesco was born. So, Adelaide and Francesco were pretty close as brother and sister.  At some point in her childhood Adelaide had an accident that damaged her spine. She took quite awhile to recover and it left her with a bit of a hunchback. Her brother was quite solicitous of her and as a teenager and young man took great pains to provide for her and his mother. Their father died in 1881 and in 1884 their mother followed. Adelaide married Federico Friedle on 27 Aug 1887. At this point her brother, Francesco, seeing her settled, left for America, where he became Frank Stefani.

Federico Friedle came to Sporminore in 1885. He was born in Hoeselgehr according to Sulle Sponde Dello Sporeggio as an illegitimate child and raised in an orphanage in Trento. Federico learned "the shoemaker's art" in Tres and came to Sporminore to ply his trade. 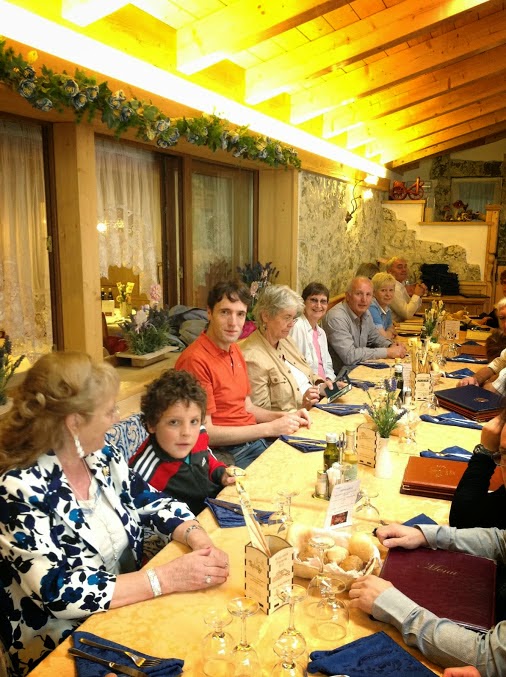 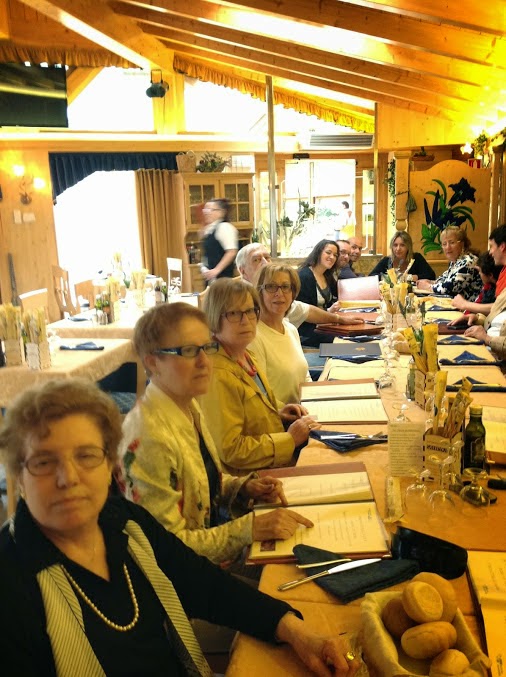 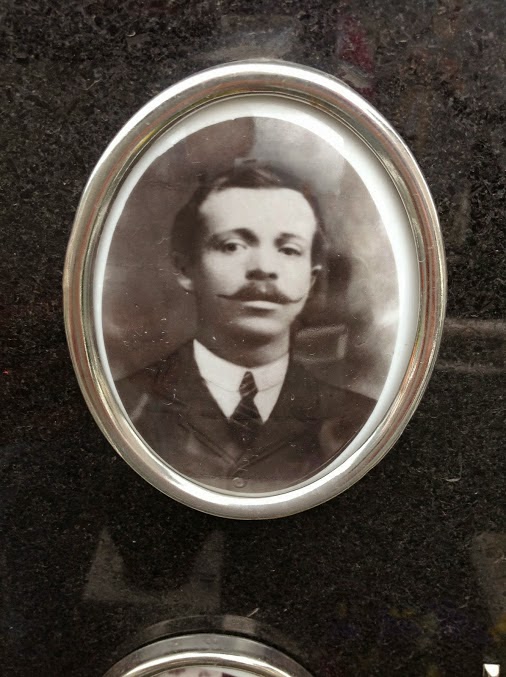 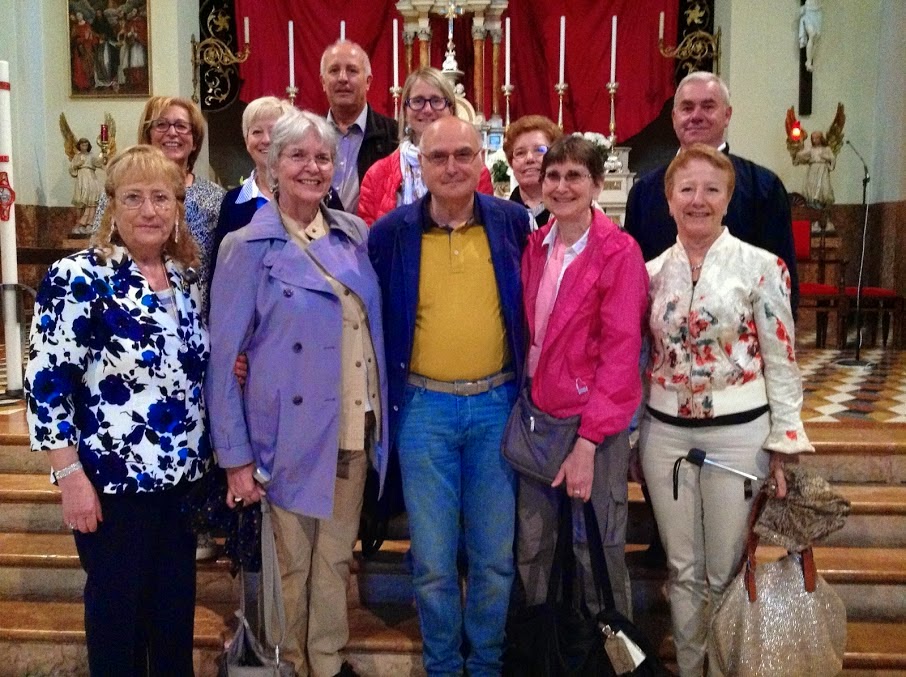 He and Adelaide had 6 children but only 3 survived more than a year: Guido, Onorio Giuseppe or Dionigi, and Orazio Firmo Luigi. Orazio was born 24 Nov 1899. Adelaide died on 4 Mar 1900. She was only 46 years old. According to her death record she died of "nefrite cronica" or chronic nephritis. This is a kidney disease and perhaps was aggravated by the childbirth, at any rate she left Federico with three small children and he remarried by 1905.

This is all I know about Adelaide. However, her son, Guido, sent his Uncle Francesco a postcard in 1915 which I have, so Francesco (Frank) kept it. Adelaide must have told her son about her brother and perhaps Francesco corresponded with her as well.  Recently, in preparation for a trip to visit Sporminore I wrote to the three Friedles listed in Trentino in the Italian White Pages. Vittorio Fridle responded to one of my letters. The name is no longer spelled with the first "e" by the family but one of the people who got my letter gave it to his sister and she gave it to 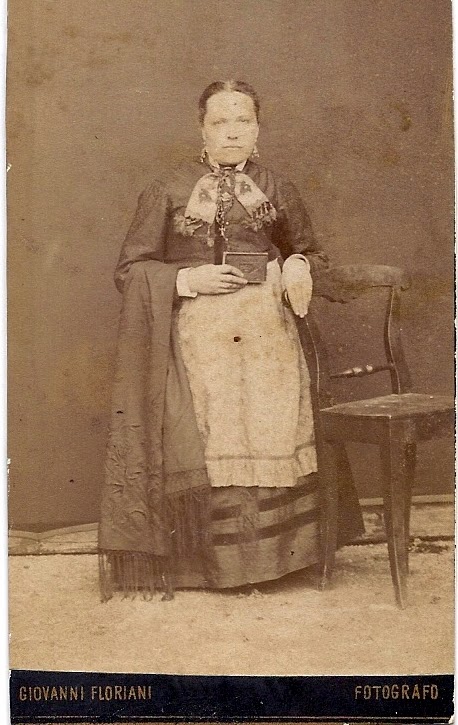 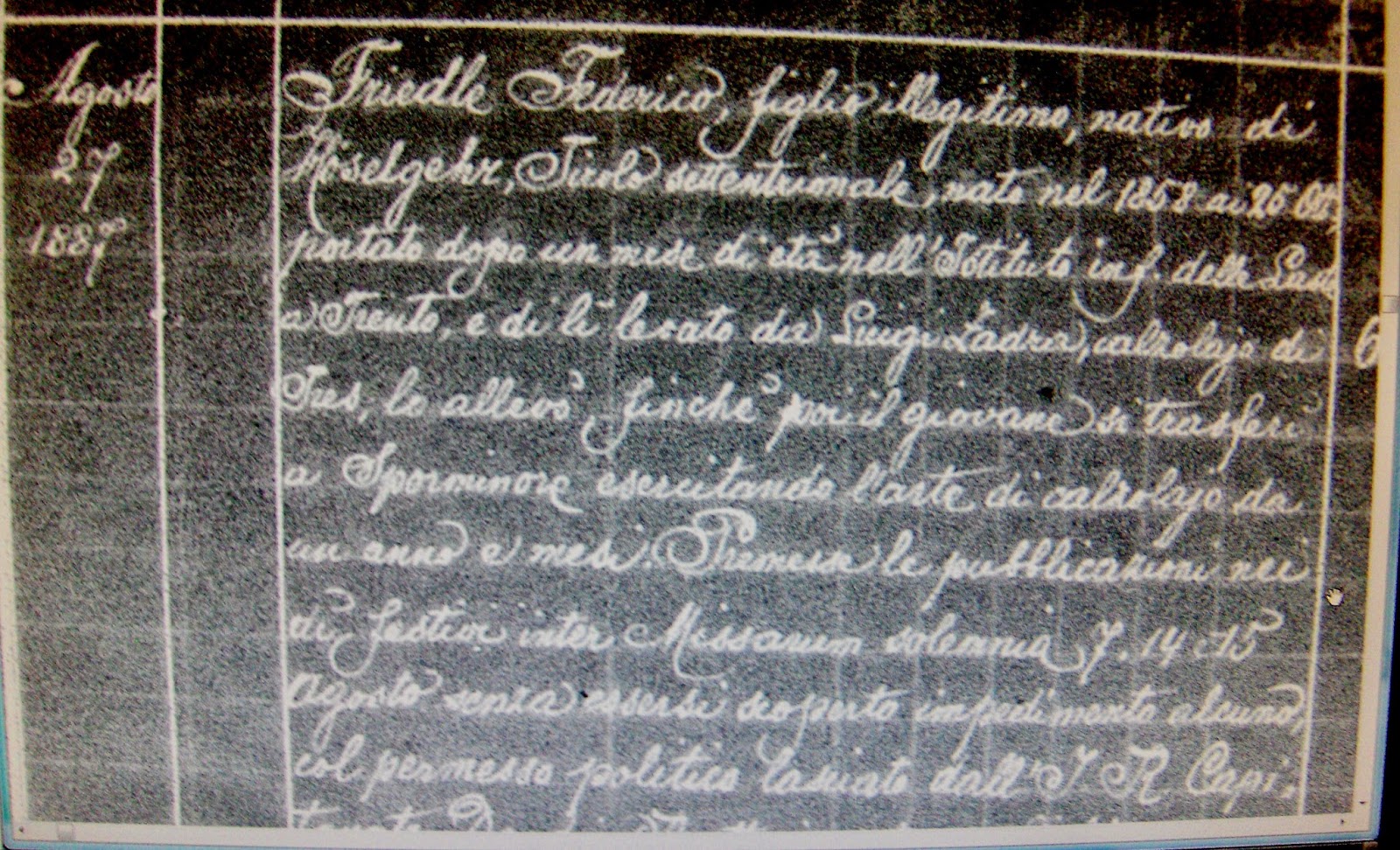 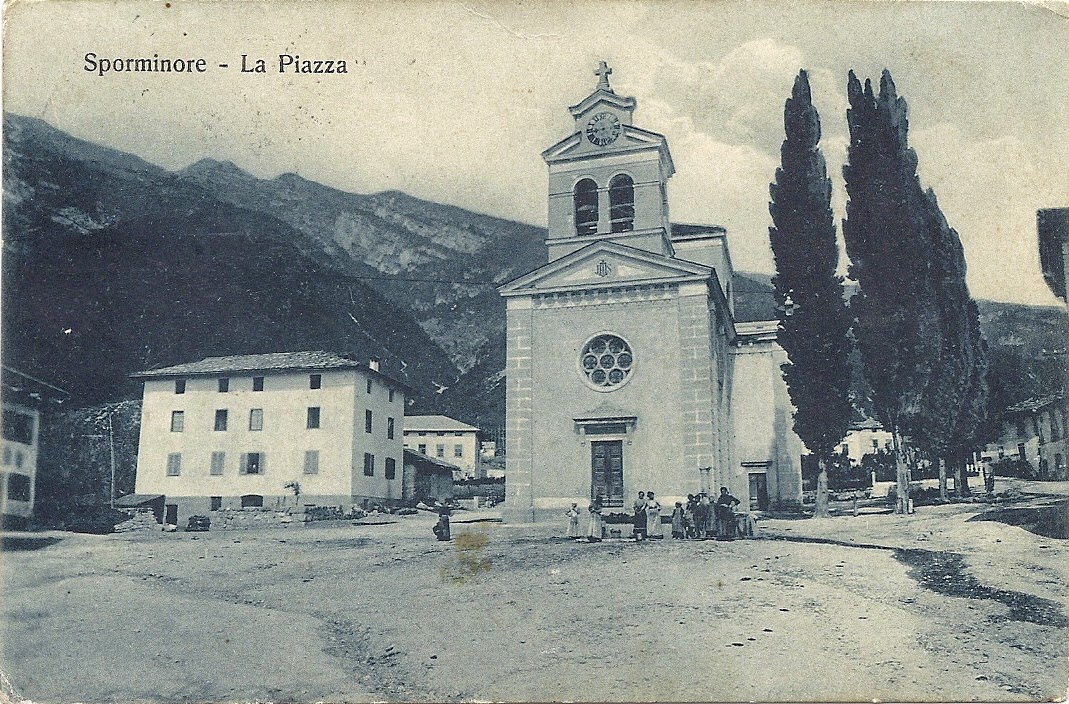 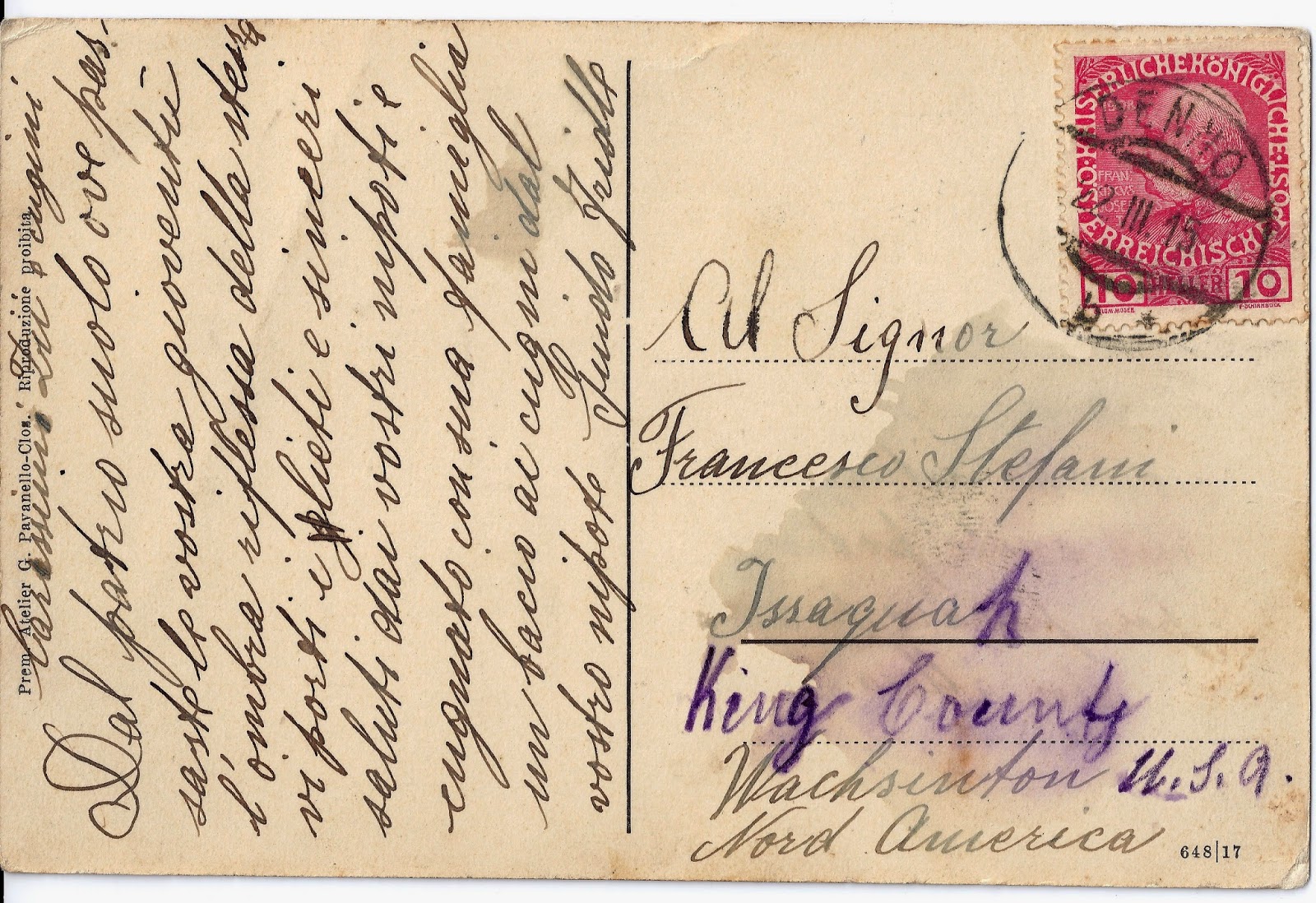 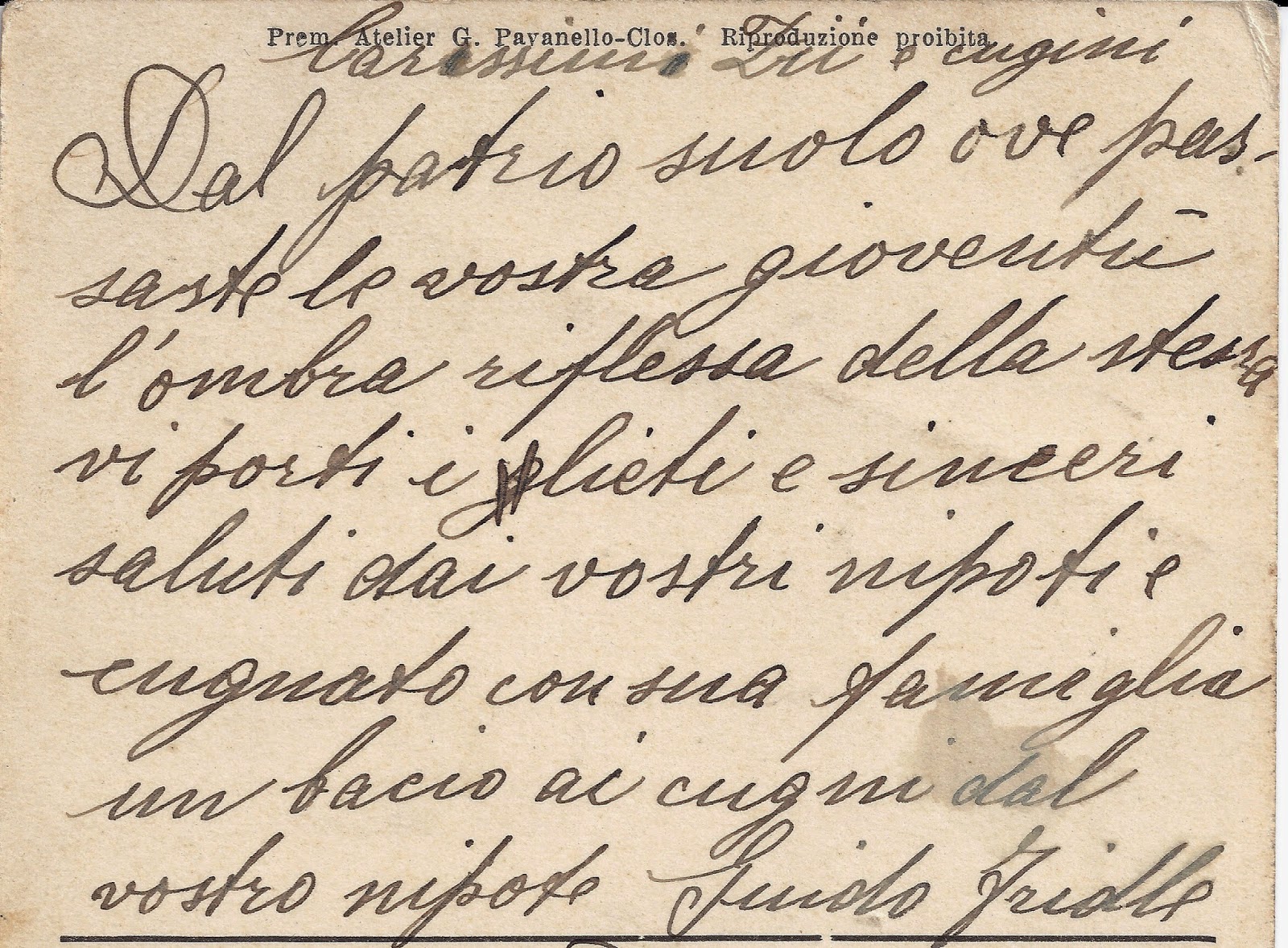 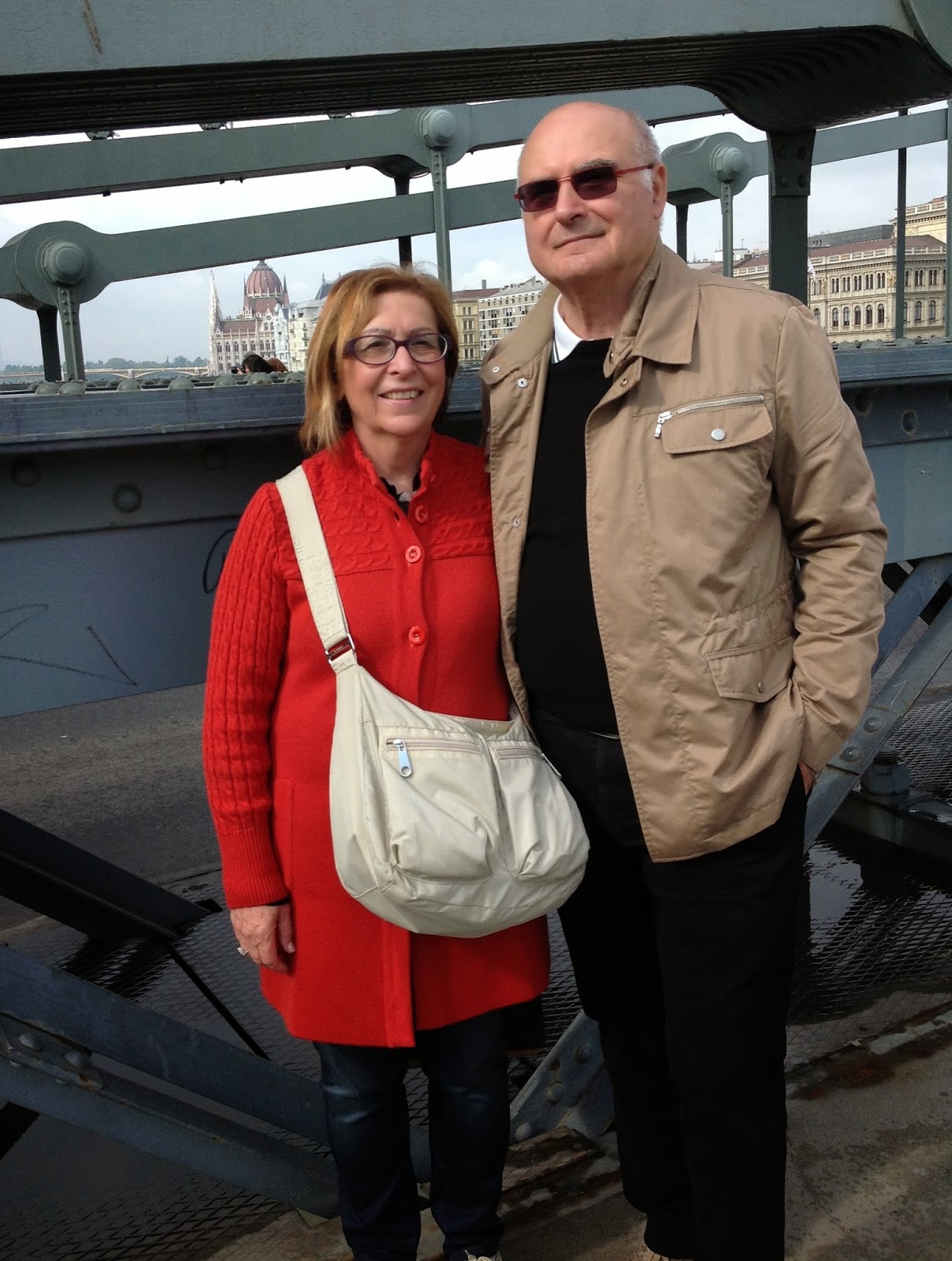 him. We were able to get together in Sporminore and, in fact, he got most of the Fridle family to welcome my sister and I. Adelaide has three grandchildren still living and many great grandchildren, great-great grandchildren and on. She and Francesco would've been happy to know this and to see them all now!
Posted by Wendy Negley at 9:02 PM No comments: