The Search for Lucy Gifford and Daniel Noyes Cookson #1

As I mentioned in the last post, besides writing my family history of the Stefani and Tinetti families, I am starting to research Daniel Noyes Cookson and his wife, Lucy Gifford.  I don 't want to delineate everything I have done so far but I'll just say that I am starting in Aroostook County. This is a large county in the northeast of Maine. Much of it is still wilderness.  In his pension Civil War application, John Marshall Cookson says that he was born in Linneus here.  He was born about 1848. His family is never found in the Census for this area and he says that the only record of his birth is the Family Bible which his stepmother took with her to Seattle, Washington. I'm still looking for that but that is another story! I found his father's enlistment record in the Army for the Aroostook War in 1839(another fascinating story!), he enlisted at Houlton which is a town right next to Linneus. His mother's family is in the 1840 and 1850 Census in Linneus.  I believe that his father and mother are in the 1840 Census record of her father hidden in the numbers of males and females of certain ages. Daniel Noyes Cookson's oldest son, Daniel Cookson, is listed in the 1840 census in New Limerick (right next to Linneus) and in Linneus in the 1850 Census. Daniel's sister, Lucy, and her husband, William Townsend, had their first son born in Linneus in 1839. They do not appear in the 1840 Census, though, having moved to New Brunswick just over the border by then.  So it appears that the majority of the family was in Linneus in 1839.

Unfortunately, I can't find either Daniel Noyes or Lucy around this time.  I believe that Daniel Noyes had died by then which is perhaps why the family was there (Lucy Ann married in Orland, Hancock County in 1838 so I was surprised to find her in Linneus in 1939). Linneus was incorporated in 1836 so it is hard to find vital records for this early period. However, in the 1850 Census, their son, Daniel is listed. In this family group is Lucy Corliss, age 72, born in Massachusetts. This has been assumed to be Lucy Gifford Cookson. Recently I noticed that it says Corliss not Cookson. Looking further one finds David Corliss two pages later, age 75 living with the Lilly family. I researched David Corliss and found him in the 1830 and 1840 Census of New Limerick or Linneus.  His wife, Polly, died in 1845.  So, my guess here is that Lucy had known David since the early 30's and they married after both their spouses died.  Why they are living separately I do not know but possibly economic reasons.  Neither appear in the 1860 Census. So I am now also researching the name Corliss for Lucy hoping to find a marriage or death record.

So that's where we're at, lots to do.  However, in all the trees on Ancestry in which Lucy appears none have noted that her name is Corliss in 1850 and this marriage doesn't appear for her or David. I just think it happened! 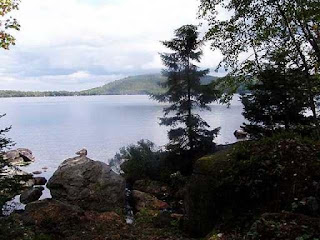 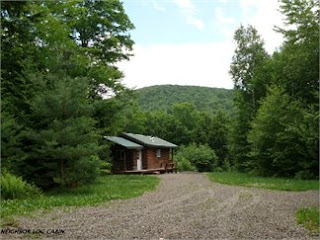 After two years of writing about a different ancestor (104 ancestors, except that I did two different ancestors twice by mistake, so 102! I liked both versions so I kept them.) the challenge has ended and it time for something new. Since I've got the blog I will use it to write about my book I am writing and ongoing research.

My book! I am writing a book about my Stefani and Tinetti ancestors. I read Sharon DeBartolo Carmack's You Can Write Your Family History in which she tells you how to write a narrative story type family history. So I decided to do that and have the rough draft done.  I really enjoyed doing this! But since I didn't want to break the flow of writing I decided not to worry about sources as I wrote.  So I then had to go back and do footnote citations for everything. Actually I want to do endnotes at the end of every chapter as I think this reads better. Anyway, it turned out to be difficult at times to find the reference I had used (where did I get the population figure for the town of Sporminore in 1880, for instance!). Sometimes I had to find the information newly and use that reference.  Also, I realized that I need to interview myself and write it all down because in some places I used things I remembered my mother telling me. So, I'll do a self interview and get it all written down.

Meanwhile, my sister found four tapes of family interviews and had them put on CD and sent them to me.  So, I transcribed them (wow! and that's a project and a half!). Now I need to add some stories and correct some dates and such in my manuscript.  There are some things I am still trying to research as well. Oh! and while doing the footnotes I realized that I need to get the image number for all the records that I found on FHL microfilms.  Take a hint and copy these down when you do research with microfilm! 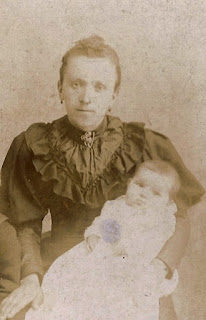 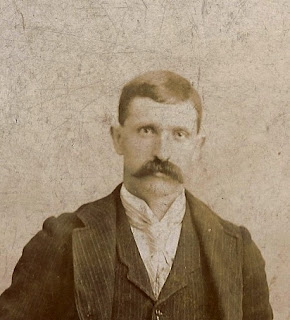