My sister reminded me today that it is Grandparents' Day. My grandparents were very important people in my life. One grandparent, though, I didn't know.  That was my mother's father, Lucas C. Kells. He died in 1946, two years before I was born. I feel a strong connection to him, nonetheless, because my mother spoke so highly of him and wanted me to know him through her.

My mother's mother, though, Edith Rosetta Stefani Kells, I knew quite well. When I was younger she would come visit us in the summer, staying for a week or two. I remember picking her up at the Greyhound or Trailways bus station, marveling that she came all that way on a bus! The main thing I recall about those visits is that she taught us card games Old Maid and War when we were young, Gin Rummy and Canasta when we were older. But, especially, she taught us Solitaire. My recall is that she taught me that when you couldn't make any more moves then you went through the remaining cards one by one instead of by threes. So this is how I played it (you win more often that way!). One day I was playing it and someone saw me and said that I was cheating. I said I was playing it the way my Grandmother taught me. He told me that if I played it that way in Vegas they'd toss me out of the casino! But since I don't care what some guy in a casino thinks I go ahead and play it the way she taught me.  Like I say, you win more that way!

When I was 11, my parents got divorced and my mother, my sister and I moved from Little Rock, Arkansas to Seattle, Washington and moved in with my grandmother.  My grandmother was quite upset with my father plus, my mother had changed from having been a woman living on her own away from home as compared to when she was a girl. So I heard much harsh criticism of my father from her and overheard several loud shouting matches between my mother and her. I didn't like hearing bad things about my father or angry words addressed to my mother. I really didn't like hearing my mother cry.  So my grandmother and I got off on the wrong foot at that time. I never said anything to her or my mother about any of that. Meanwhile, I was a pre-teen and then a teen.  My grandmother was very critical of me, mostly to my mother and other people in the family.  I was lazy, I ate too much (my sister ate too little, neither of us seemed to be satisfactory in this area), I didn't help enough around the house or the yard (this was true). So, the relationship was somewhat strained. To be honest, I pretty much ignored her criticisms. None the less, we did often have a good time together.  I wish now that I had asked her to teach me to knit and crochet or to bake the Christmas cookies she made every year.  Even how to take care of a house and yard. She could have taught me all these things. I did learn to crochet and made one shawl. But since then I have forgotten the technique.  My daughter recently started to learn and I told her how happy my grandmother would've been to know that she was learning to do that.

Now, after many years of working on my family tree I feel quite different toward her. Having inherited many of her photos I have been struck at the resemblance between her and my daughter. And now my granddaughter always asks me about a picture I have of my grandmother in my bedroom. I realized that my granddaughter looks a lot like she did in that picture. We are all on the maternal line together. I have had great satisfaction in tracing my grandmother's family, both of her parents from Northern Italy, her mother from Piemonte and her father from Trentino. In so doing I suppose that I have gotten to know her better as well. I wish that she had been here to hear all that I discovered of her Italian roots! Perhaps she would have felt that all that reading wasn't a total waste! 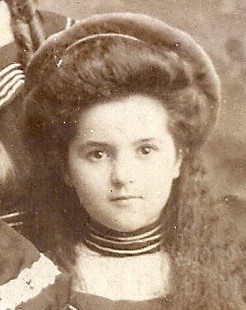 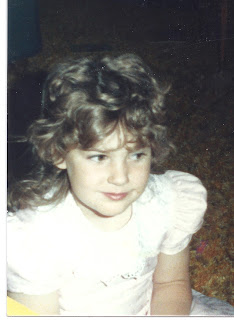 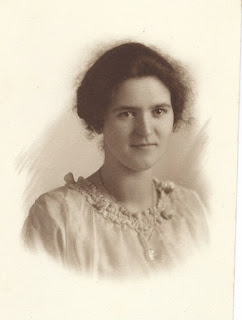 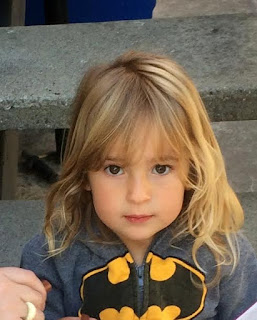 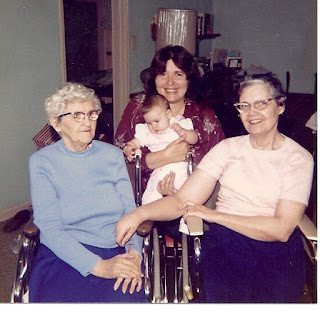 My grandmother, my mother, my daughter and I November 1981
Posted by Wendy Negley at 8:57 PM 1 comment: