When people ask me how long I've been doing genealogy I tell them since I was 13.  That is 56 years now (I don't usually tell them that!) Amy Johnson Crow is starting the 52 Ancestors challenge again with the prompt "Start" so I thought I'd write the story of how I started.

When I was 13 I was in the eighth grade at Nathan Eckstein Junior High School in Seattle. Either my English or my Social Studies teacher gave us an assignment. We were to research and give a presentation to the class on our family tree. She told us to interview our parents and grandparents about the family and then go to the library and research our ancestors. Seattle Public Library had (and still has) a very good Genealogy section.

That night I asked my mother about her family. She told me what she knew and mentioned that her father was a distant cousin of the Rockefellers. My Dad, not to be outdone, told me that an ancestor of his mother's was the grand 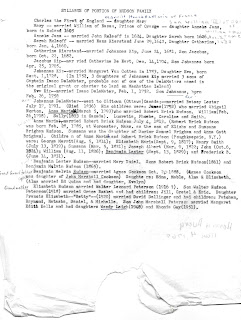 daughter of Charles I of England who had married a commoner and been banished to the New World. So now I was really jazzed! My grandmother Kells (my mother's mother) gave me the copy of the Kells Family Bible which she had hand written about 15 years earlier on a visit to their farm. I still have it! Unfortunately I haven't found the actual Bible. She also told me about her Italian immigrant parents, including telling me the actual towns they came from. Happily I wrote this all down and kept it.

The next time my father's parents came to visit I interviewed them.  My grandfather told me many stories of his Swedish family including the exact town they were from. My grandmother Peterson (nee Hudson)gave me a copy of a family lineage. This is the one that went back to King Charles I. It had been sent to her father with a request for money. It seems that Anneke Jans, the purported granddaughter of Charles I, had settled on land now under Trinity Church on Wall Street in New York. The ownership of this land was in question so the money was to be used to hire lawyers with the idea of getting the land back in the family. This would, of course, have been extremely valuable land. At this point I was completely taken by the story of the princess who came to the New World and lost her title because of true love. I even started writing a novel about it. I read up on Charles I and his wife, Catherine de Medici. Which led me to reading about the Medici family of Italy. Heady stuff!

The lineage that was sent was taken from a book called The New Harlem Register. Amazingly, Seattle Public Library had that book! So I pored over it reading about my family. I also found a book on my Hudson ancestors in Massachusetts. So, my school assignment was a success (pretty sure I got an A on it.) But I also was hooked for life on Genealogy.

Years later when I knew a bit more about Genealogy research, I found that the Anneke Jans thing was actually a scam to fleece people for money.  She really did exist but there is no evidence that she was the granddaughter of Charles I of England. She probably was Norwegian. On top of that I discovered when I researched the tree the proper way, going back from present to past, that we weren't even descended from her. The New Harlem Register had confused two men of the same name. One was her grandson, the other was our ancestor! But by that time, I no longer cared about the romantic story, I just cared about getting the lineage right!

Getting young people interested in Genealogy is a topic I frequently see talked about. From my own life I would say, tell them the stories! That's what sparks the interest. The rest takes care of itself. 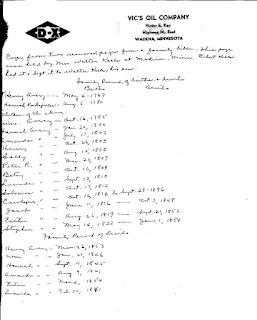 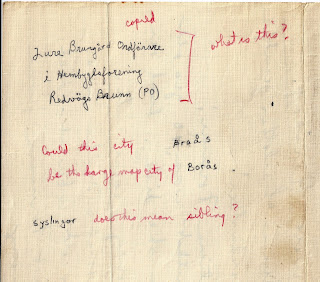 Some of Grandpa Peterson's Family Notes 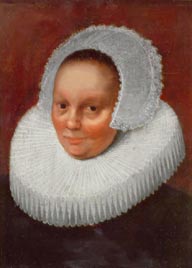