My mother's Uncle Clem, Clement Eugene Stefani was born on 1 Mar 1908 in Issaquah, King, Washington.  He was the seventh child and youngest son of Frank John Stefani and Angelina Margarita Tinetti.  His father ran a saloon, then a laundry and eventually a Poultry Farm in Issaquah.
On 21 December 1929, at the age of 21, Clem married Petje Bergsma.  She was born in Friesland, the Netherlands, the daughter of Dutch immigrants to Issaquah.  They settled into a farmhouse next door to his parents and raised two children, Marian Mae and John Francis. 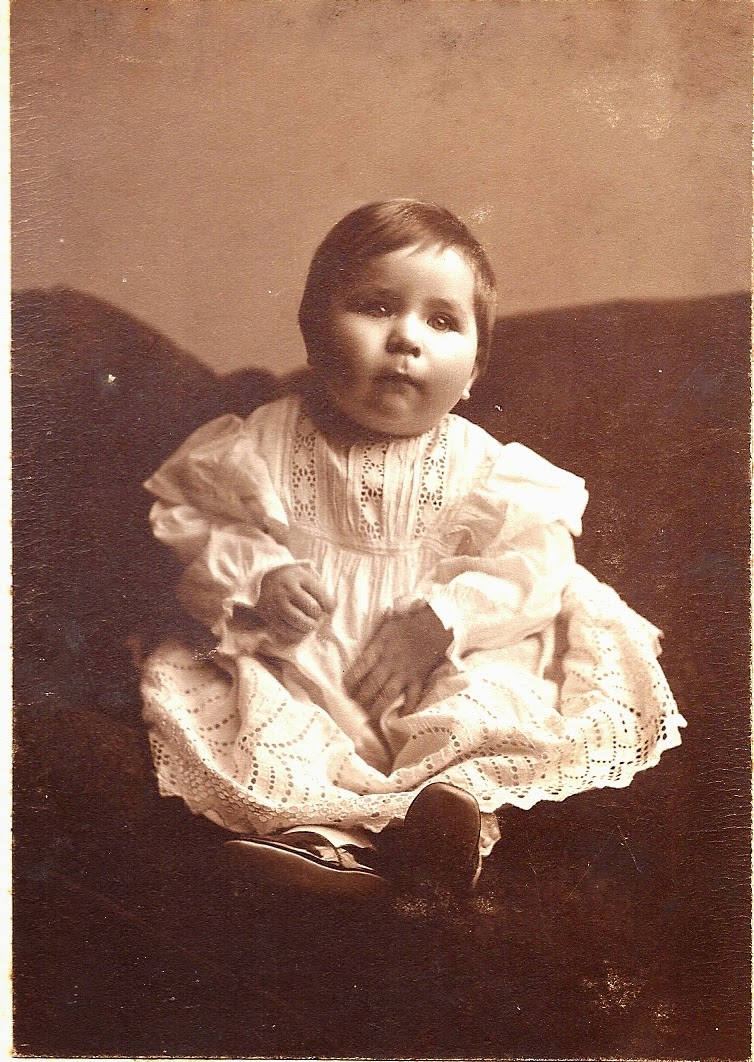 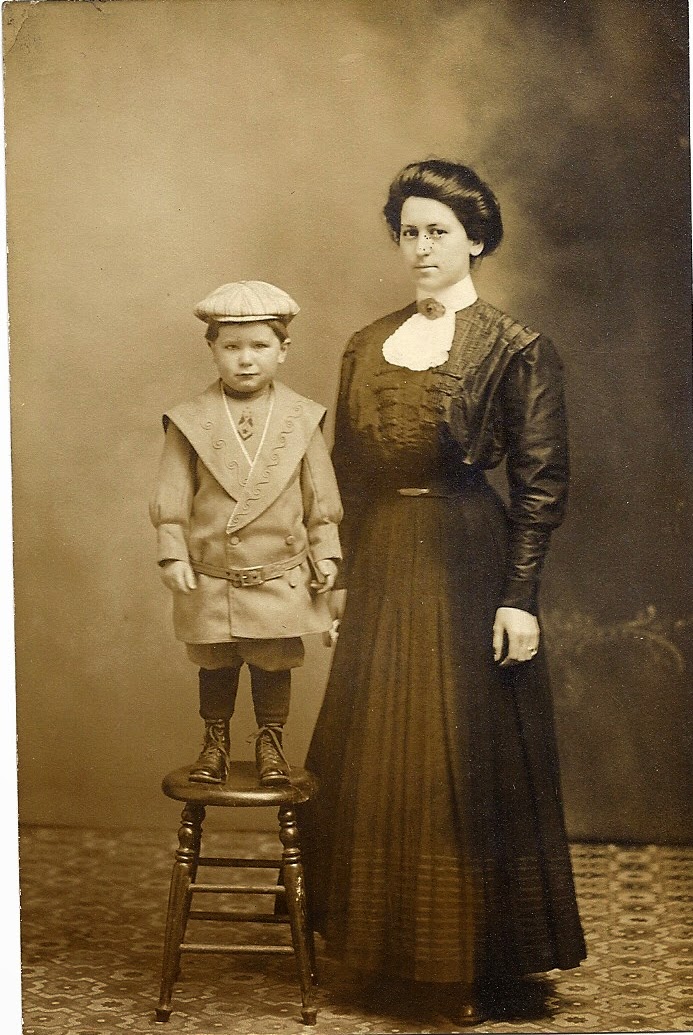 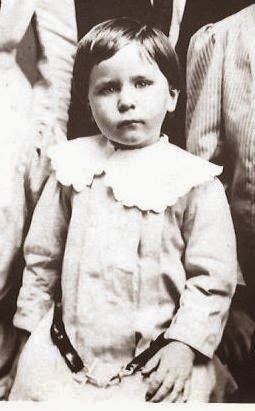 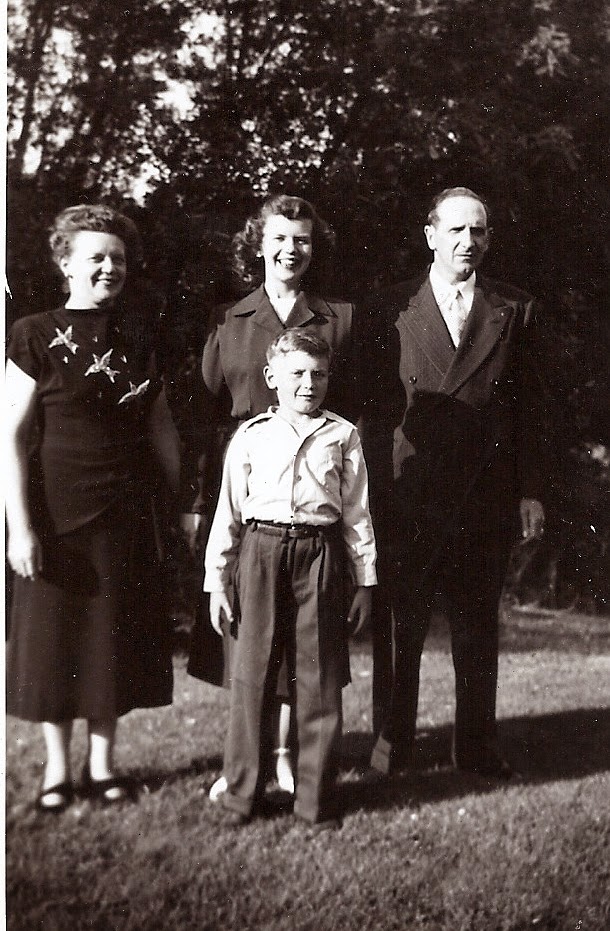 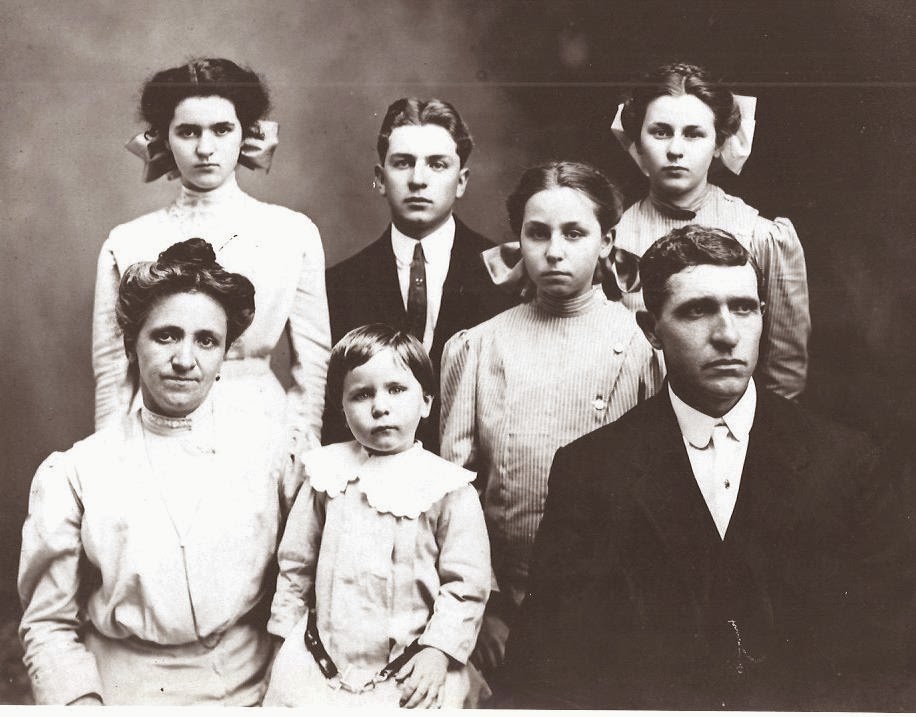 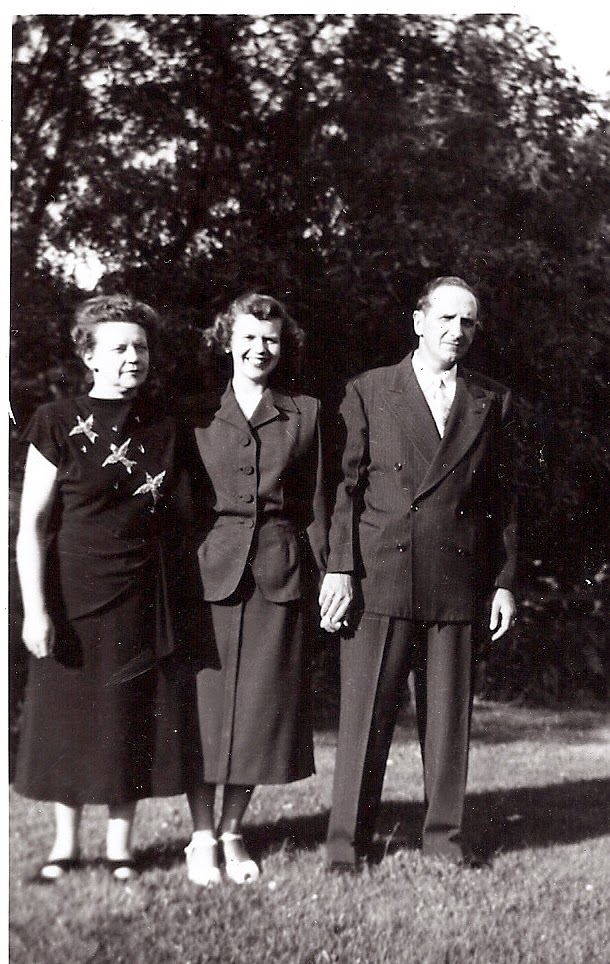 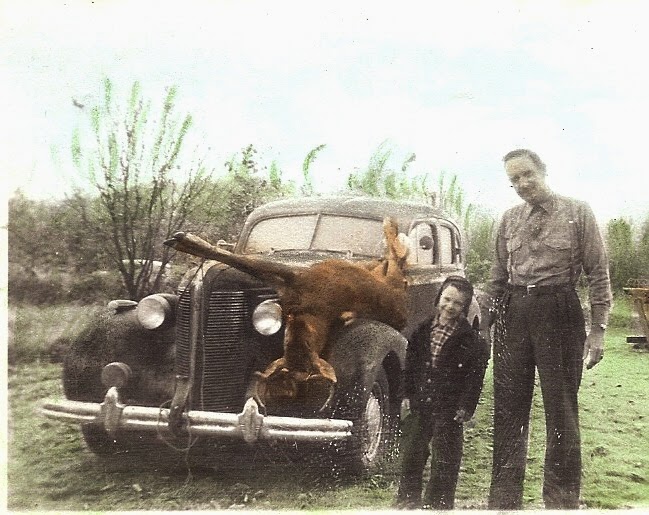 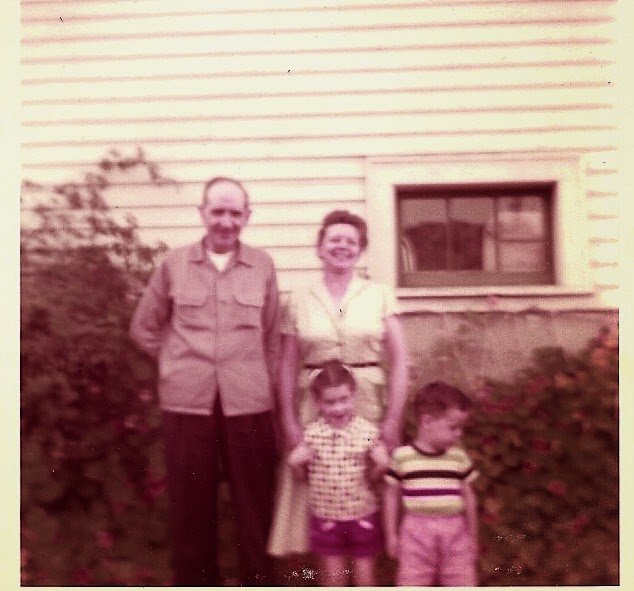 On Dec 1, 1941 Clem began selling liquor at the Barney White Grocery Store, in six months moving to bigger quarters and by 1950 having his own store. On 30 Mar 1968 he retired after 26 years.  At this time Clem told the local paper that business had increased "500 fold since I started".

When I was a girl we used to visit my mother's Uncle Clem and Aunt Peechie fairly often.  I remember his as a big friendly man, always welcoming and happy to see us. There often were various family members gathered on his porch. He lived next to his parents and took care of them as they got old, his father eventually coming to live with him. The theme for this week's blog is "close to home" and Clem was always close to home and he offered that sense of home to the entire family.
Posted by Wendy Negley at 9:41 PM No comments:

Caroline Avery was born on 16 Oct 1814 the daughter of Henry Miner Avery and Hannah Rockefeller.  She was born in the town of Taghkanic, Columbia, New York.  Caroline was the tenth of thirteen children! When she was 15 she married Henry Kells on 3 May 1830.  He was 18 and from the neighboring town of Claverack. By 1840 they were living in Cairo, Greene, New York, this is right across the Hudson River from Taghkanic. By the 1850 Census they are living in Mukwonago, Waukesha, Wisconsin.  According to the birth records of their children they must have moved there in about 1849. Henry and Caroline had 12 children all of whom lived to adulthood.

The farm they settled on in Mukwonago was land owned by Caroline's younger brother, Stephen Avery.  In a deed dated 12 Dec 1853, Stephen and his wife, Susan, sell this land to Caroline Kells for $400, "...being the farm on which the said Caroline Kells and family now reside containing forty acres..."  Stephen died on 1 Jan 1854 not long after this sale.  Perhaps he had originally intended to move there himself and then could not due to health reasons. Henry bought two more quarters next to this one under a "Swamp Land Grant" as this was all classified as swamp land.  Patent No. 2244 of 2 Mar 1857 states that "...Henry Kells of Waukesha County have complied with all the provisions of law to entitle them to a Patent for...lands granted to the State of Wisconsin by an Act of Congress entitled 'An Act to enable the State of Arkansas and other States to reclaim the Swamp Lands within their limits' approved September 28th A.D. 1850..." In the book, Memoirs of Waukesha County, in an essay on their son, William Kells, p. 514, it states that Henry and Caroline Kells "secured an excellent farm, which they cleared, improved and made their home for thirty-five years." By 1880 they had  retired and moved to the town of Vernon, selling the farm.  At some later date the farm was resold to the state of Wisconsin and is now a bird preserve.

This is all I know about Caroline, I have no photos of her or family stories about her.  I believe that she was beloved by her children because at least three of her children named daughters after her.  However, as I said above she is very important genealogically because through her we are related to a number of rich, famous, influential, royal or otherwise interesting families! The Avery family was a prominent one of early settlers in New London and Groton Connecticut. Caroline's second great grandfather, Samuel Avery, married Susannah Palmes who descended from Thomas West, second Lord De La Warr (for whom the state of Delaware was named) and who is descended from Henry III and Edward I of England, and Anne Knollys who is a descendant of Mary Boleyn, sister of Anne, and of Edward III of England and the Spencers. So through Caroline we are descendants of English royalty.  Also allied to the Averys are the Miner family, famous as early settlers of Connecticut, one of whom, Thomas Miner, is famous for his detailed diary of the early days of Stonington, Connecticut. In addition the Morgan family married into the Averys, one of their descendants is J. P. Morgan of finance fame. Finally, Caroline's mother was Hannah Rockefeller whose brother, Godfrey was the grandfather of John D. Rockefeller famous oil magnate.  He is my second cousin 3Xs removed. My family knew about the Rockefeller connection but had no idea about the rest! Chances are that Caroline didn't either. 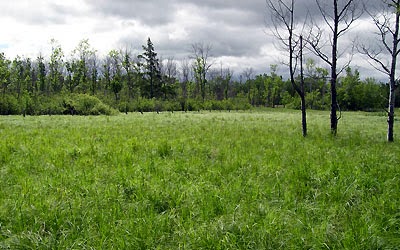 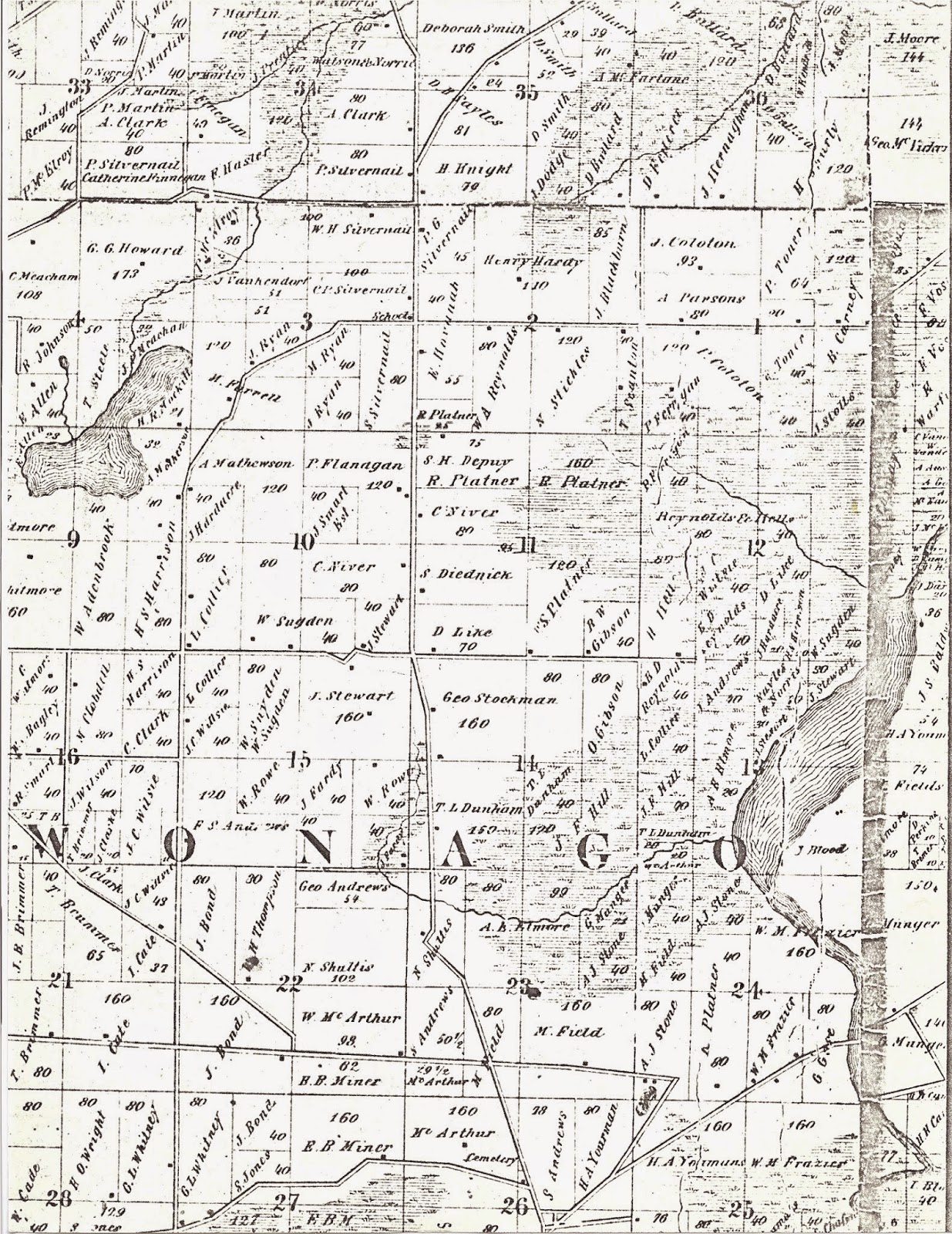 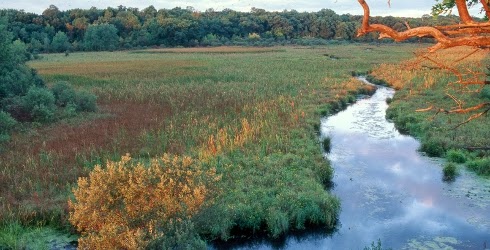 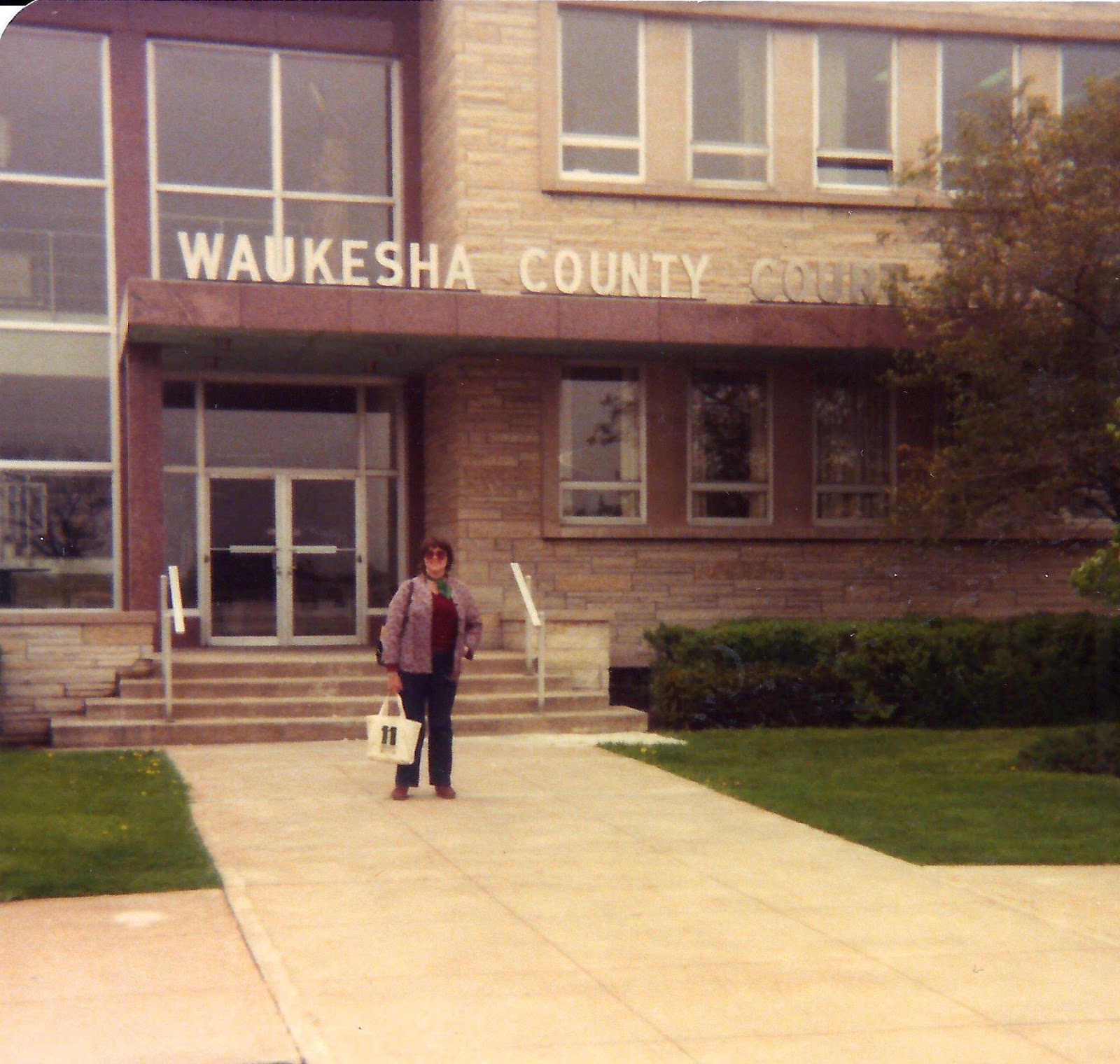 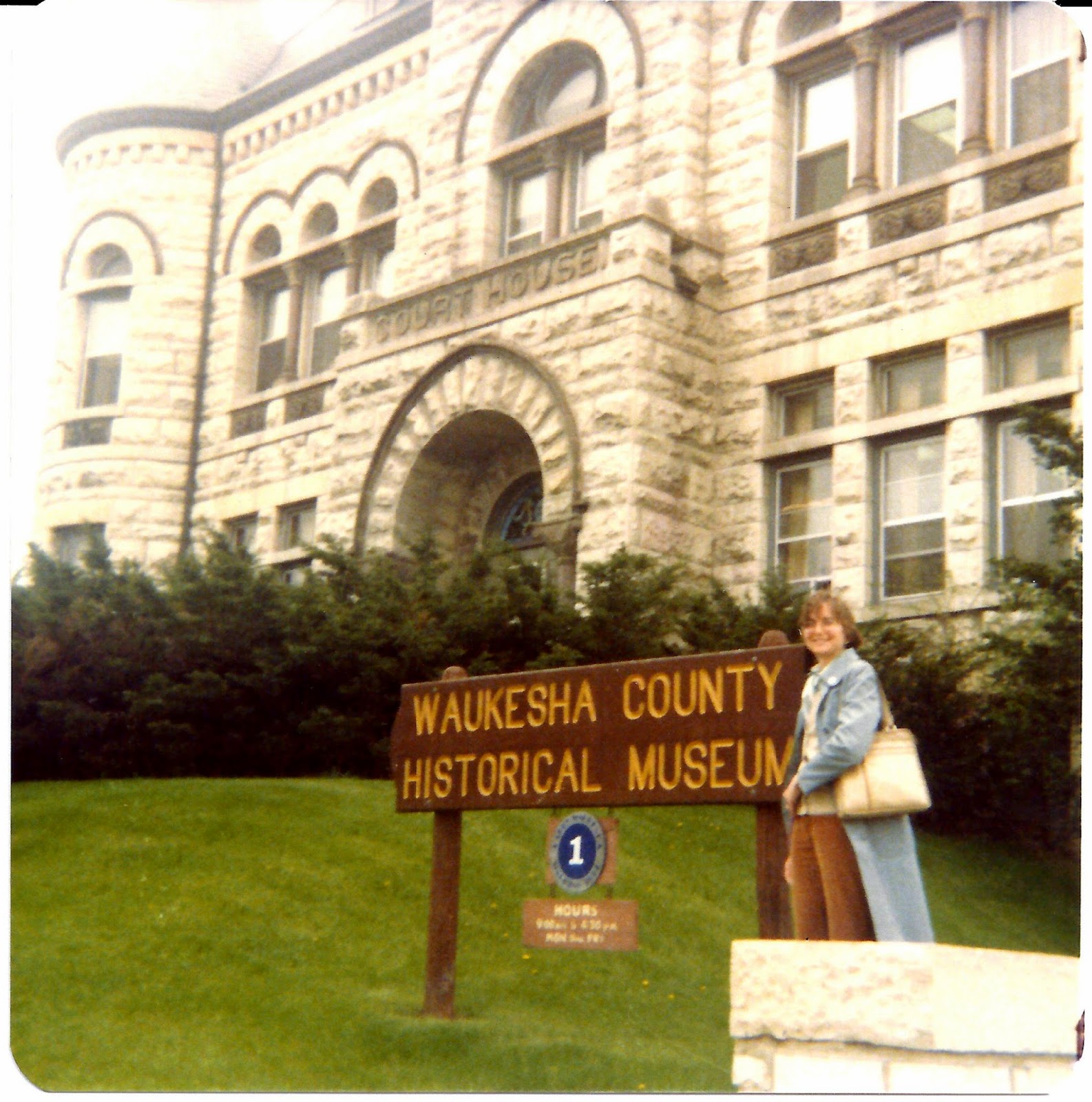 It is Valentine's Day in a few hours and Maria Catterina Zanotti-Cussio's story is a love story I haven't written about yet. Maria Catterina (who was known as Catterina) was born on 26 Jan 1830 in Cugelio, Torino, Piemonte, Italy. She was the daughter of Secondo Zanotti and Maria Teresia Cussio (I have seen this name spelled Cuffia, but I believe that this is a misinterpretation of the long "s" in earlier handwriting.  In my family records it is spelled Cussio).  Both these names are quite common in Cugelio.  She was the second daughter and third child out of six.

In 1846, her older sister, Domenica, married Giovanni Tinetti and went to live in Torre Canavese with him.  Domenica and Giovanni had five living children and two stillborn.  The second stillborn child died 12 Jan 1862. On 3 Apr 1863, Domenica died leaving Giovanni with five children aged 4 to 17.  Catterina came to look after the children. After awhile of this Giovanni felt that it wasn't seemly for her to live there and that people might talk. So he offered to marry her in name only in order to protect her reputation. According to the family story she said, "I will marry you, Giovanni, but only if we are to be husband and wife in full".  He was very happy and they were married and they had one son and five daughters, one of whom was my great grandmother, Angelina.  Their son and their youngest daughter, Adele, died young.  Three of the other four daughters went to America and stayed there.  So this left Catterina with only one daughter, Albina, nearby after 1890. I do not when Catterina died, Giovanni died in 1904.

We don't have a photo of Catterina but I do have one of two of her daughters and perhaps she resembled them.

An interesting thing in researching her is that the only marriage record that I found is much later than one would expect.  It is dated 14 Aug 1878.  This was after all their children were born.  I found no other record in either Torre Canavese or Cugelio. Did they live in sin all that time? Did they have a religious ceremony only and later decide to get the Civil record? Were they married elsewhere? I have no idea but I think the records would've called the children illegitimate if they hadn't been married.

Last May when my sister and I visited Torre Canavese and were being shown by cousins, one descended from Catterina's daughter, Albina, and the other from Domenica's daughter, Maria Teresa, I said I wanted to see Cuceglio.  They asked why and I explained that both Albina and maria Teresa's mothers had been born in Cuceglio.  They didn't know that! They were very happy to show me the town which is right next to Torre Canavese. 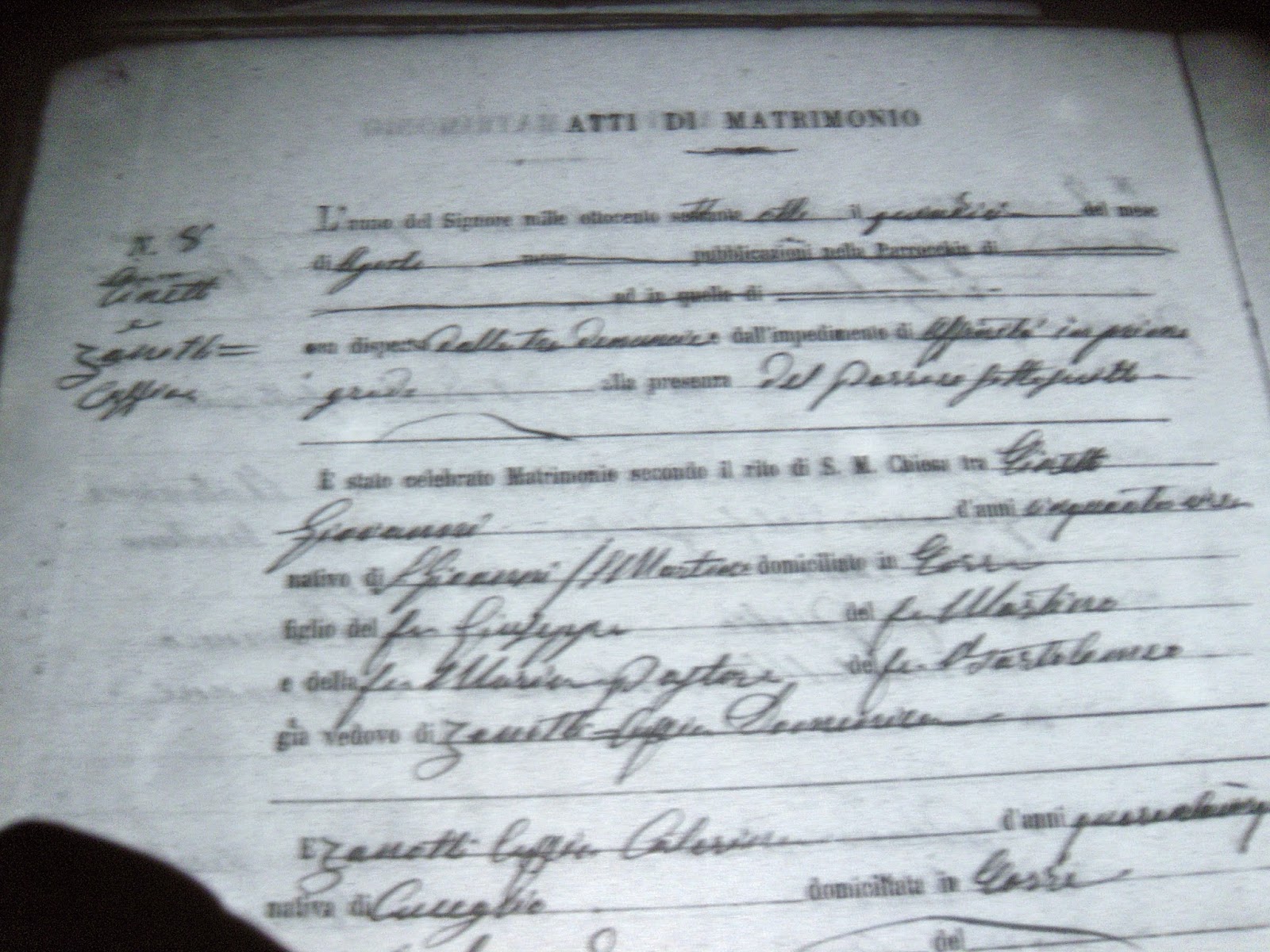 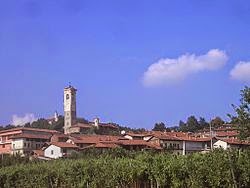 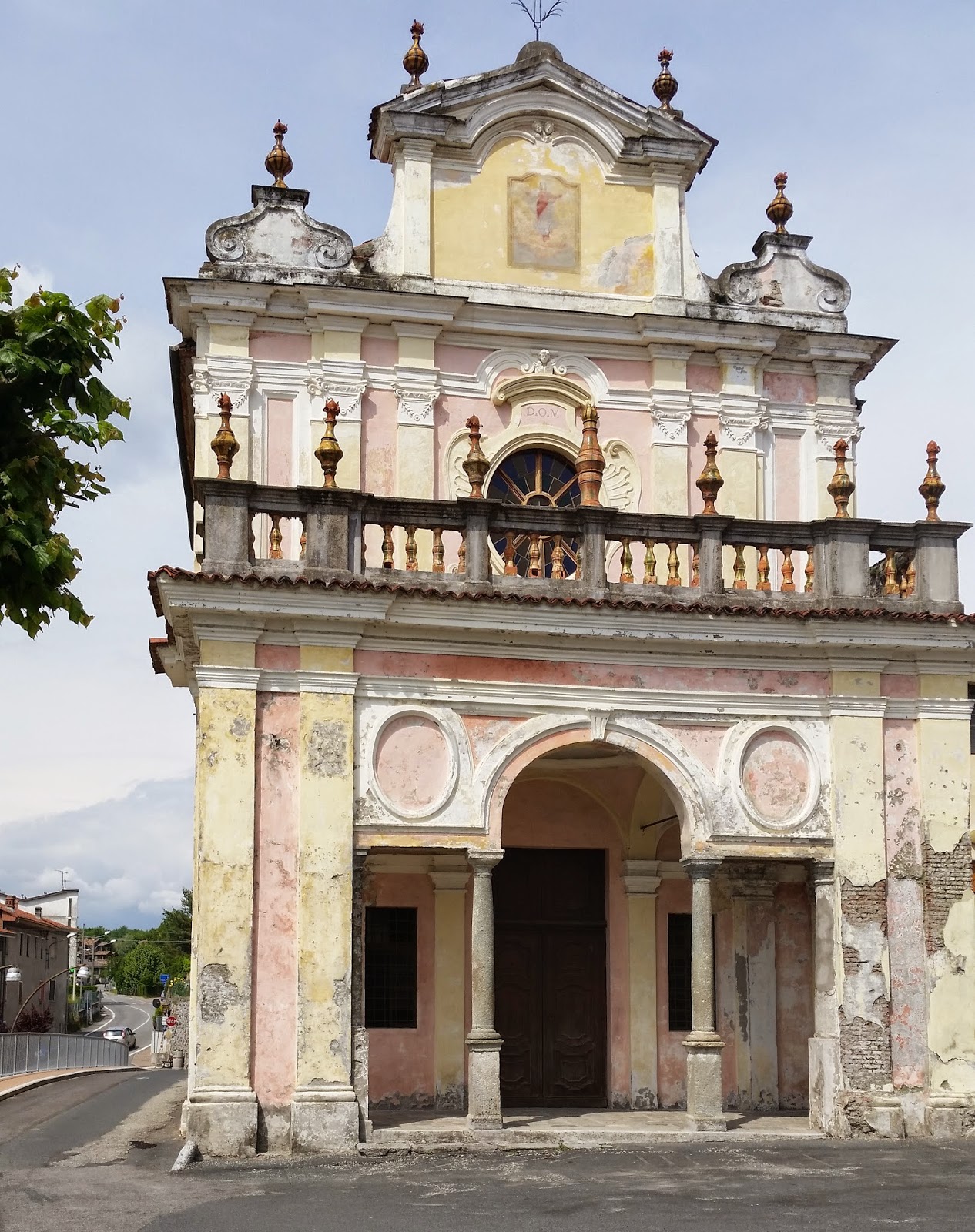 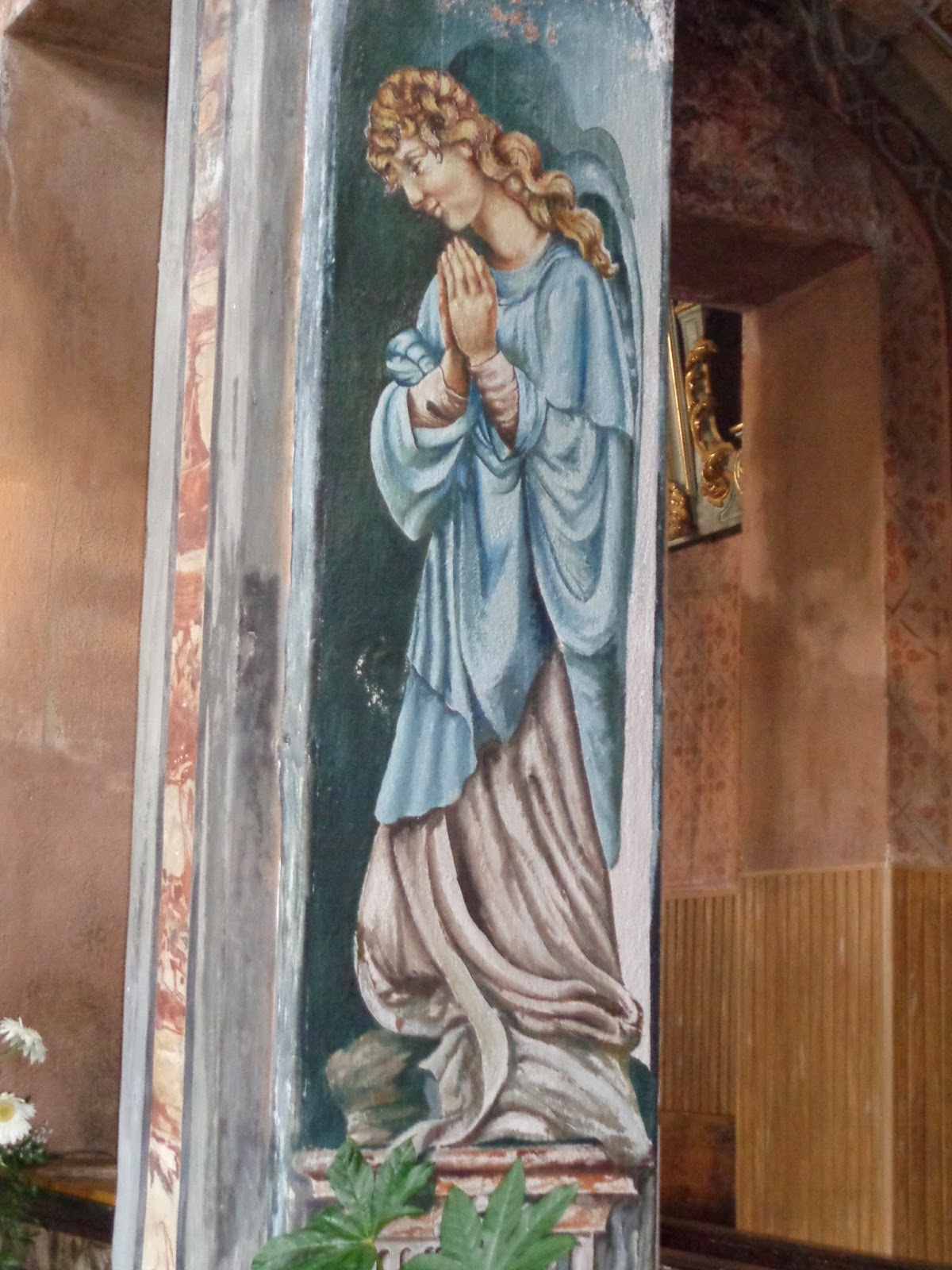 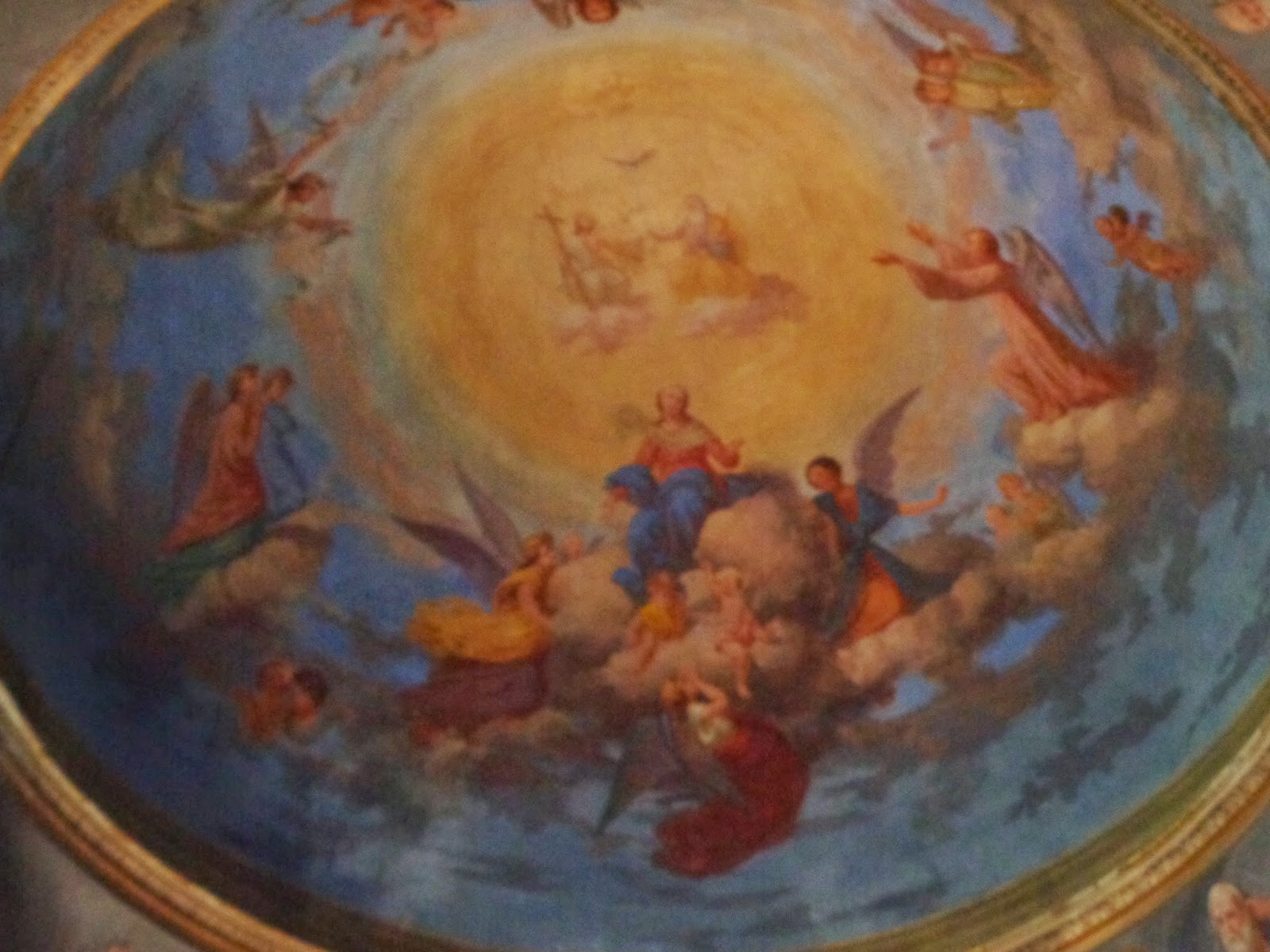 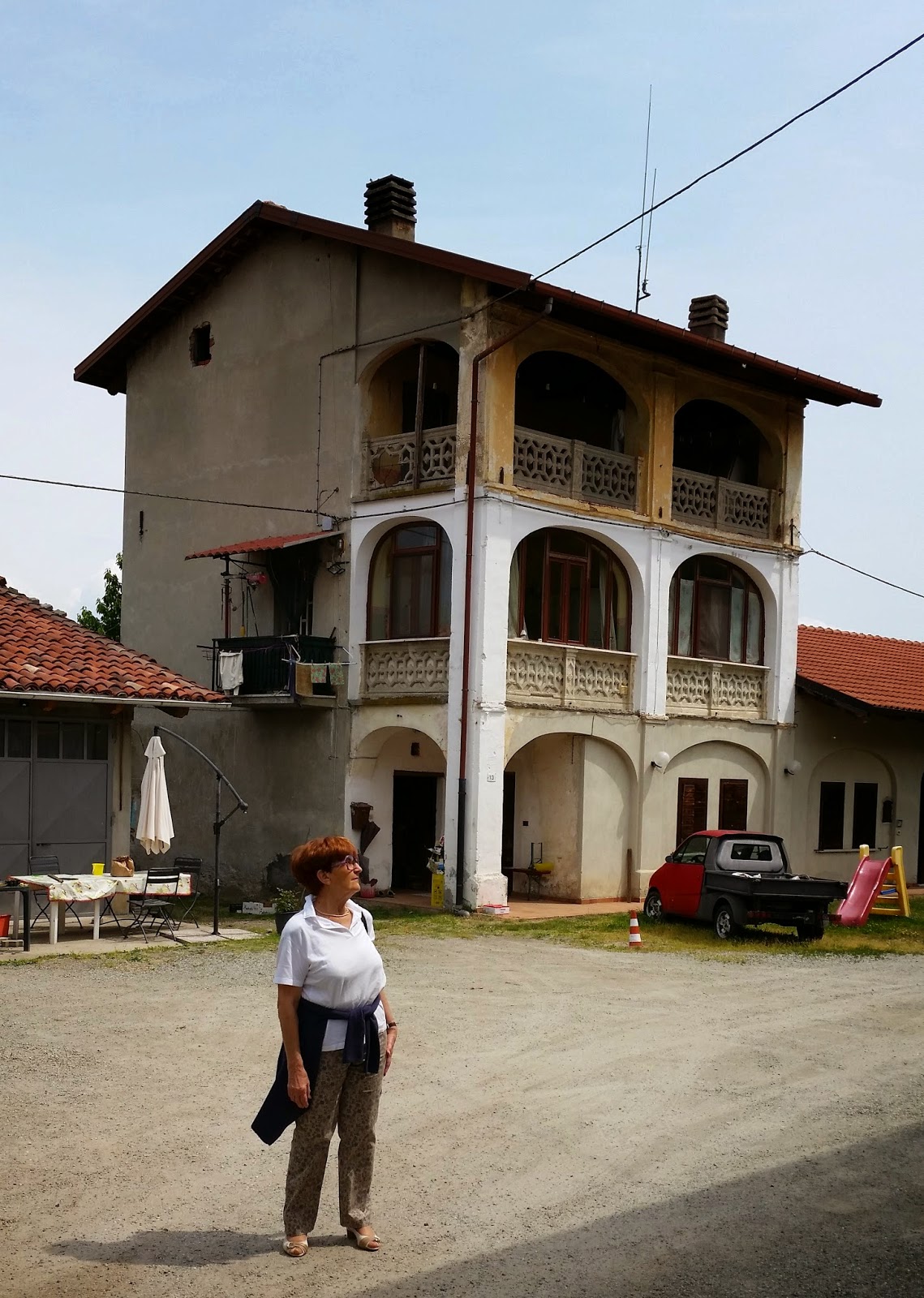 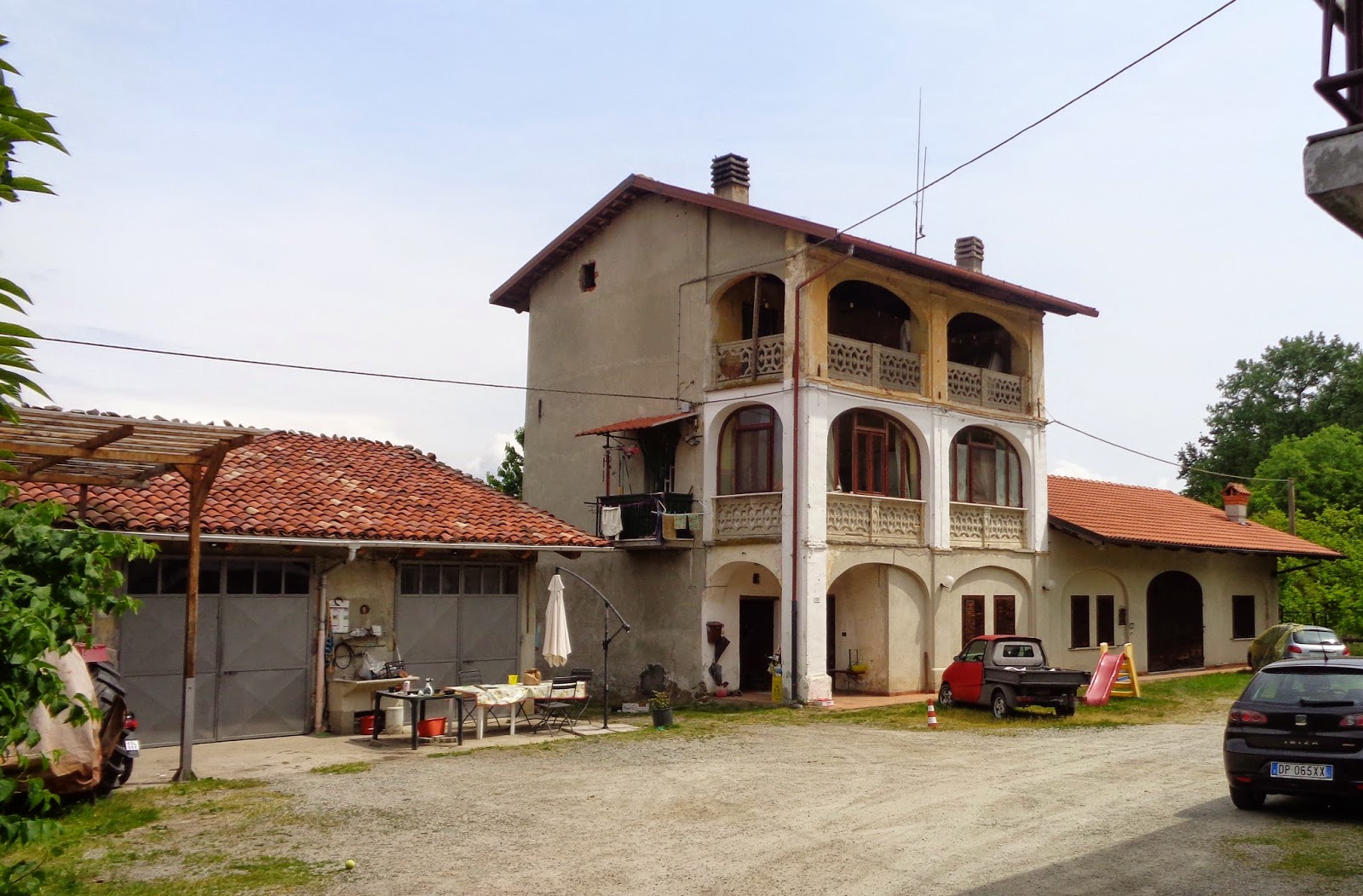 The Council of Trent meeting in the city of Trento (Trent) passed a resolution in 1560 A.D. that each parish church should keep a record of baptisms, this was so decreed by the Pope in 1595. So most Catholic Churches started keeping registers after 1595.  The Church in Sporminore, being near Trento, started keeping theirs right away.  In researching the Sporminore Church records on microfilm I traced my Great Grandfather Francesco Stefani's male line back eleven generations to Bartolomeo Stefani, father of Floriana and Giovanni Stefani whose birth records I found.  Floriana's record in 1563 and Giovanni's in 1565. Their mother is given as Zoanna (Giovanna).  This is all I know about Bartolomeo. I was amazed to find the records and to find eleven straight male generations in this family  in this same town.  The book, "Sulle Sponde dello Sporeggio" (On the banks of the Sporeggio) in the Chapter on Sporminore notes that Stefani is one of the oldest families in Sporminore ("una delle famiglia piu antiche di Sporminore"). It certainly seems so.

Sporminore is in a valley in Trentino known as the "Val di Non".  The Non refers to a Celtic tribe that lived in this valley and is called "Anauni" by the Romans. The Romans occupied Trent and traded with the Anauni.  To this day the people refer to themselves as Anauni or, in Italian, as "Nonese".  So as far as I can see the people living there today are descendants of the Celtic Anauni. And it seems likely that the Stefani family, there in 1563 and with no indication they came from elsewhere, are as well.

This leads me to red hair.  The Celts are known for having red hair, most notably in Ireland.  My mother's twin brother had a son born with bright red hair.  My grandmother, Edith Stefani daughter of Frank, said that she had had a brother with bright red hair but he died young.  When my sister and I were in Sporminore in May 2016, we met a young boy of the Stefani  family with bright red hair. These Stefanis are our distant cousins but they also descend from Bartolomeo of 1565. My conclusion? We are Celts from the Tyrol! 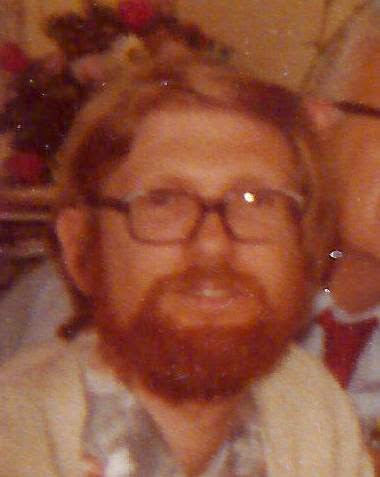 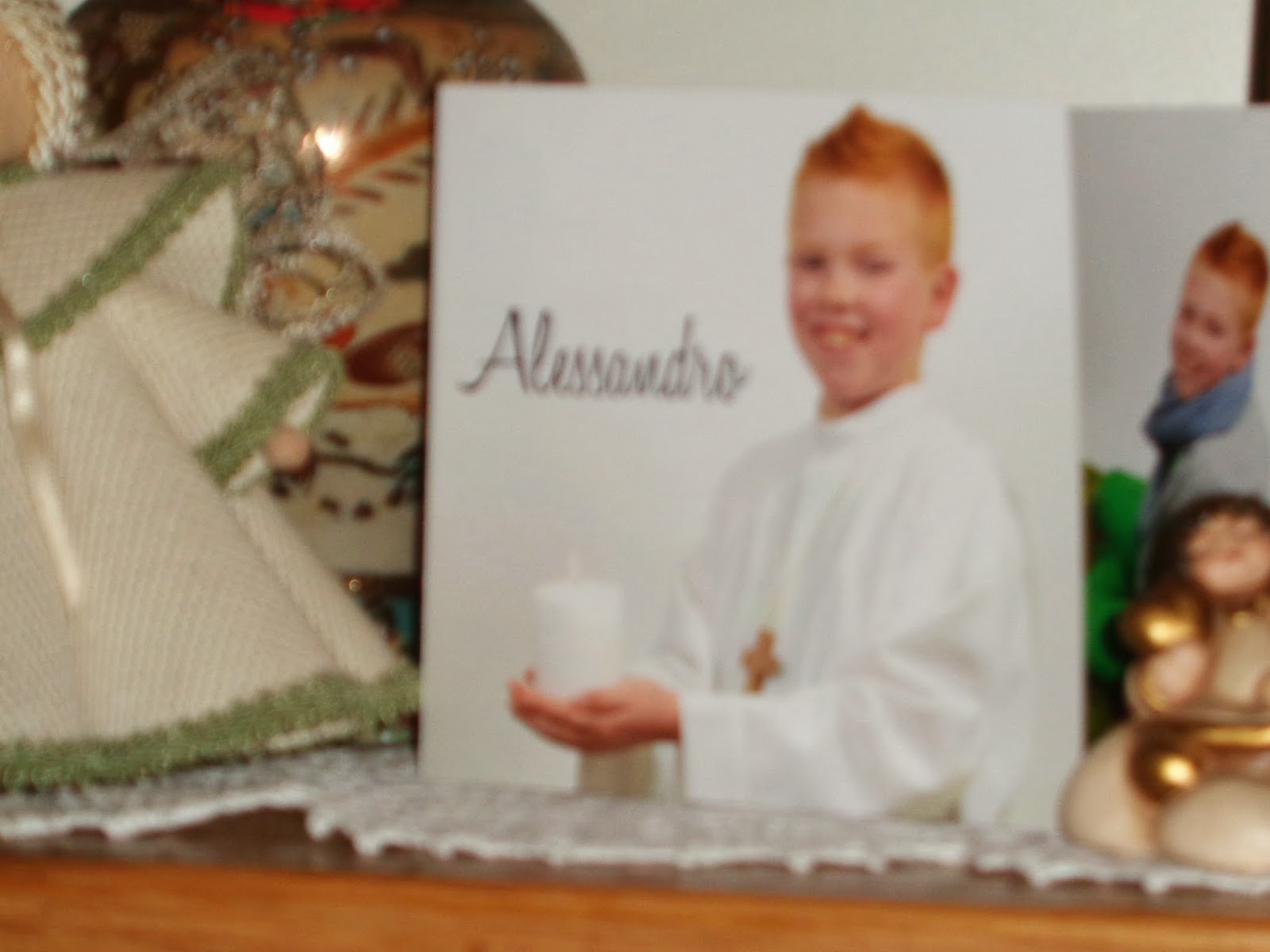