My sister and I always enjoyed visiting my mother's Aunt Mary, she was warm and welcoming and the food was great! I chiefly recall the big fireplace which was built on a platform of stone so that you could sit in front  of the fire. They had quite a bit of wooded land in back of the house, we used to pick blackberries there. Her son, my mother's Cousin Carl, had a house there that he had built himself, it had lots of custom hand made wooden shelves and such.And he was fun to visit as well.

Mary Victoria Stefani was born on 14 March 1900 in Issaquah, Washington. She was the third daughter and fifth child of Frank and Angelina Stefani. I don't know anything specifically about her childhood except I did find a photo of her with other children in 1911 on a 4th of July float sponsored by the Ladies Temperance League. Her father was a coal miner but he also owned a laundry which she and her sisters worked in for awhile. She attended school in Issaquah but  only went through two years of High School according to the 1940 U.S. Census.  In 1940 she was a secretary at a brokerage firm. Perhaps she went back to work when her kds were grown as in the 1920 and 1930 Censuses she was not working.

On 30 Mar 1918 (16 days past her 18th Birthday) she married Eric Emanuel, he was 33.  Eric was a Swedish immigrant who was working in the office of the Coal Mine.  I believe that her sister Edith also worked in the office and her father was a miner so they met through one or the other.  After marriage they lived on Hill St. in Issaquah close to her parents.  In 1922 Eric became co-owner of the Harris-Emanuel Fuel Co. which he ran until he retired in 1945. By the 1930 Census they were living in a house in the Ravenna neighborhood of Seattle. We have a photo of it, it was a large family home.I believe that Eric built it. Mary and Eric had two children: Anita Mae and Carl F. (Frank or possibly Francis, I have never seen it spelled out which suggests that it was Francis!). By 1940 they were living in Bellevue in another good sized family home, this time in a ranch style, also built by Eric.

Anita married and had four children so eventually Mary had at least six grandchildren.  She enjoyed her children and grandchildren a great deal and often entertained them or other family members in her home. These are the meals that my sister and I remember fondly. Eric died in Mar 1975 and Mary went to live with her sisters in Seattle.  After the death of her oldest sister, Edith, in 1982, Mary and her sister Dell went to live in Bremerton near her daughter, Anita. Mary died on 5 Feb 1994, greatly beloved by her daughter, grandchildren and great gr 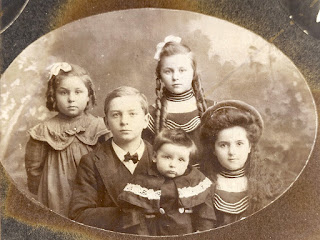 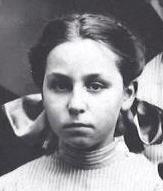 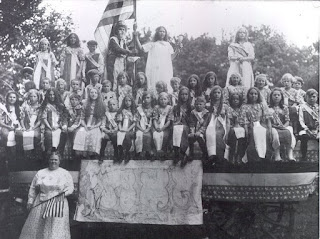 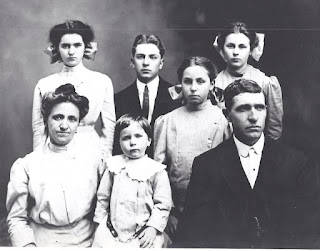 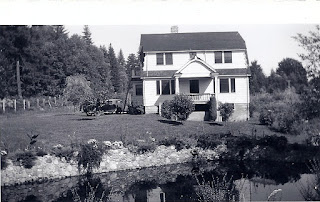 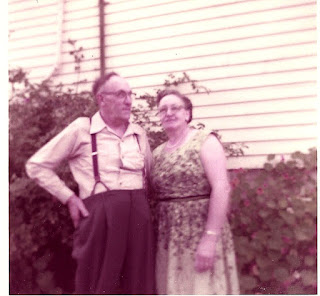 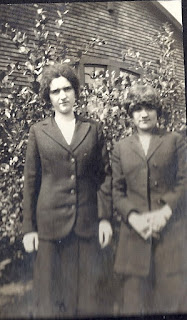 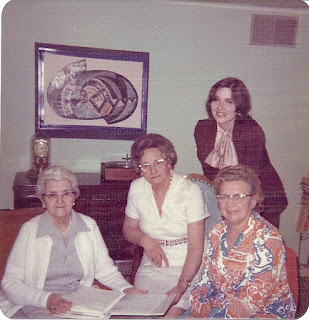 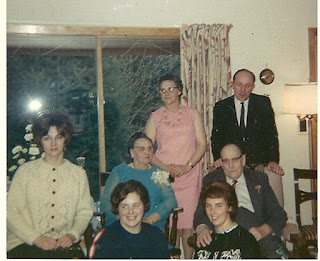 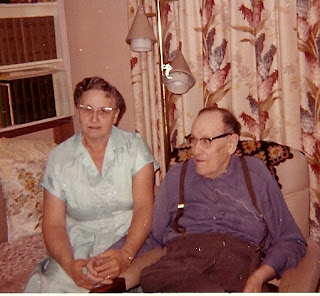 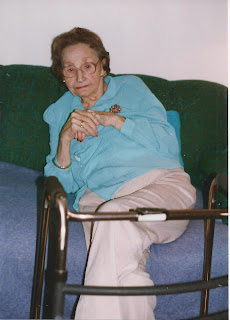 andchildren. In a recorded reminiscence my mother, Margaret Kells McDonald, said this about her: "Actually, Aunt Mary it seems played such a big part in Uncle Eric’s life.  She was by his side for many of the things he did.  I didn’t realize that they were really a team until I started writing and realized that that’s where Aunt Mary fit in—right by his side, all the way!" And I think her children and grandchildren would say the same as well!