In my Almquist Family Tree there is a family of "Forman" who are of German descent.  I had traced it back to Gottlieb Forman born in Kristianstad in 1732.  According to another Family Tree on Ancestry his parents were Johan Forman and Christina Maria Weimar.  So when I had a free weekend on Arkiv Digital (the Swedish company with the best version of the Church records and many other records) I decided to see if I could find out more. I did find the birth record on 2 Octobris 1732 to "Caretmakeren" Mr. Johan Forman and "Maria Weimar Christina".  I then found their marriage record: Anno 1725, 17 May "Carethmakaren Johan Forman och jungfru Maria Wegmars" or it could be Weijmars.  Plus two other children, Antonius and Maria Magdalena.

But what is the "Carethmakeren?"  I couldn't find it by googling it or using Google Translate.  So I emailed my 5th Cousin who I had discovered via Ancestry.  His name is Roger Olofsson and he lives in Vesterik, Sweden.  He emailed me back and told me but he also had to google it himself to find out what it meant!  It means "carriage maker".  Undoubtedly a good trade in a big city like Kristianstad! 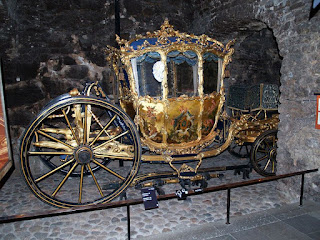 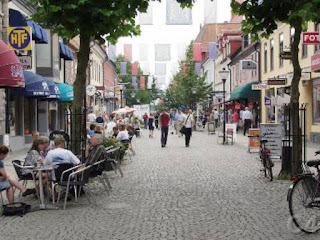 The Ancestry Family Tree had also said that he was born in Russia. What was a German doing being born in Russia? So I looked that up and discovered that many Germans went to Russia in the 18th and 19th Centuries to settle. He was born in 1700, though so that is earlier than most of what I was reading.  On a timeline of Russian history(scaruffi.com/politics/russians.html), though, I found this: "1652 the Czar creates a German ghetto in Moscow to house the foreign businessmen."  So quite possibly he was born in Moscow!

I also did discover that a great many Germans came to Sweden in the 18th Century as merchants and tradesmen, particularly in Stockholm and Kristianstad.  So far that is all I know about Johan Forman and I don't know how possible it is to find his birth record in Russia, but it certainly is interesting.  There is a story in the family of a Spanish ancestor and I wonder if possibly it is really a German one that was meant!
Posted by Wendy Negley at 5:01 PM