Samuel Brigham was the youngest son on Thomas Brigham and Mercy Hurd, born in Cambridge, Massachusetts on 12 Jan 1652.  when he was not quite 2 years old his father died.  His mother then remarried Edmund Rice in Sudbury, Mass.  By 1683 Samuel had moved to Marlborough, Mass where he was one of the early settlers.  He erected a tannery in the town in 1700 which continued to operate until 1859!  He was admitted as a freeman in 1690, was a represent to the General Court of Massachusetts from 1697-1699 and Town Treasurer from 1699-1703.  He was a selectman in Marlborough in 1707-1710. His will shows him to have been a large landholder in the town.

He became a Captain in Queen Anne's War (part of the French and Indian Wars).  The Iroquois Indians were hostile to the settlers.  Marlborough is described as a "frontier town" at the time.  The settlers formed a number of forts in the town for protection and he was in charge of one of them.  Four of his stepfather's sons were carried off or killed by the Indians during this time.  One doesn't think of New England, especially a town near Boston, as being the scene of this type of action!

He married Elizabeth Howe and according to most accounts they had ten children.  However, I have a list of 18 children of theirs from Ancestry trees. Whether ten or eighteen, he had many descendants and the Brigham was prominent in the history of Marlborough.

Samuel died 24 Jul 1713 in Marlborough.  He is buried in the Common Burying Ground and has a fairly impressive gravestone still standing.  He is the only one of the children of Thomas and Mercy who has a gravestone. 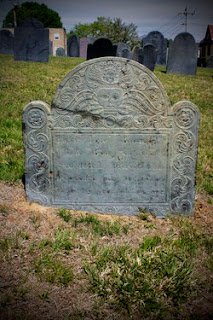 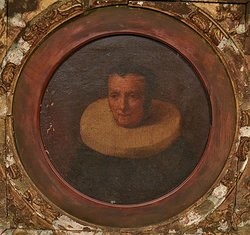 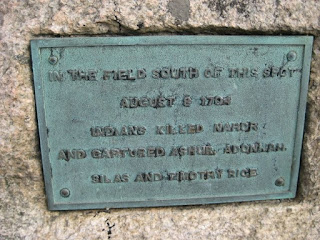 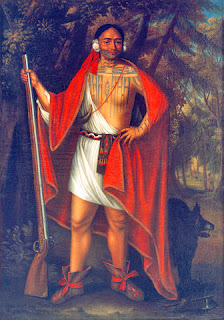 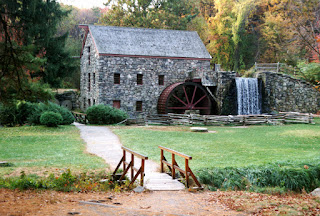