Llewellyn Ap Iorwerth (son of Iorwerth) was a  Prince of Wales from 1194-1240.  Only two Welsh rulers are called "the Great".  We are descended from him through Lucy Gifford who married Daniel Noyes Cookson in 1801. He is my 21st Great Grandfather! He had a tumultuous life and the  story is full of Welsh names and places, battles and castles. So I am not going to try to do a full bio.  Anyone can look him up in Wikipedia for that.

Llewellyn was born in approximately 1173 in Abberffraw Castle in Anglesley, Wales.  This is a large island off the northern shore of Wales. Llewellyn's father was Iorwerth ap Owain Gruffyd.  Owain was the ruler of North Wales or Gwynedd (Southern Wales was Powys). As the oldest son,  Iorwerth should have ruled after his father but he died young (when Llewellyn was an infant). After Owain's death in 1170 two other sons split the kingdom of Gwynedd and ruled.  Llewellyn felt he was the rightful heir (eldest son of the eldest son) and from a young age he sought to rule. He was a descendant of the other Welsh king known as "the Great", Rhodri Mawr, who ruled from 844-878.  Llewellyn began a campaign to rule at an early age and by 1200 was the sole ruler of Gwynedd. By a combination of war and diplomacy he dominated Wales for 40 years and basically ruled the entire country.

The history of Wales seems to be constant warfare among themselves and between them and the English.  Llewellyn was a master of shifting alliances as well as warfare.  He was allied with the English King John I (of Robin Hood fame) and married his illegitimate daughter, Margaret. He later joined with the barons who made John sign the Magna Carta. It is clear, though, that through all the ins and outs of the times his chief concern and devotion was to the good of Wales and its people. Which is undoubtedly why he is still greatly admired and honored in that country. In 1234 he made a truce with Henry III, King of England, which was for two years but he kept extending it so that for the last six years of his life the country was at peace. Only six years but a long period of peace for that time and place. 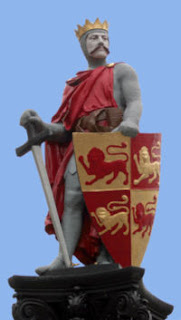 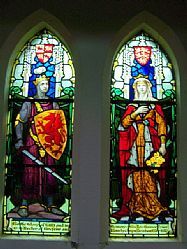 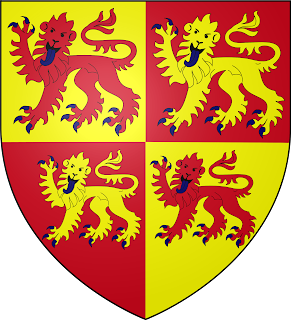 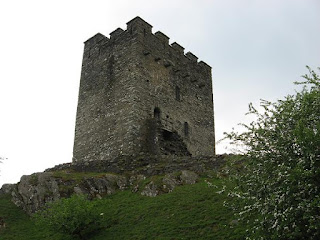 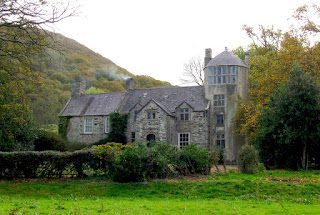 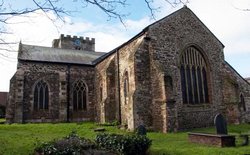 John Edward Lloyd said this of him, "Among the chieftains who battled against the Anglo-Norman power his place will always be high, if not the highest of all, for no man ever made better or more judicious use of the native force of the Welsh people for adequate national ends; his patriotic statesmanship will always entitle him to wear the proud style of Llewellyn the Great."

My interest in him stems from his appearance in my favorite series of historical romance novels, the Rosalynde Chronicles by Roberta Gellis.  He appears as a character in several of these books.  When I found him on my family tree I was very excited!
Posted by Wendy Negley at 9:56 PM